Raffle for House in Clonakilty #WestCork

WinAGaff.ie returns offering a home in one of Ireland’s most sought-after locations

Three of Cork’s top GAA clubs have joined forces to offer one lucky winner the ultimate prize – a brand new home in Clonakilty, West Cork. The #WinAGaff competition is part of a fundraising initiative on behalf of Douglas GAA, St James’ GAA and Fermoy GAA, with funds being distributed to develop facilities at each for all age levels. 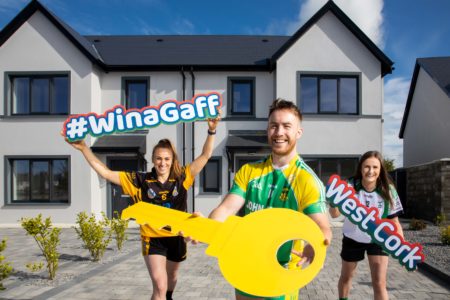 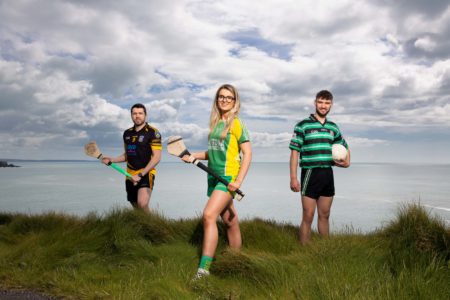 The ‘gaff’ in question is a brand new 3-bedroom, semi-detached, A-rated home at the Miles, Clonakilty with a value of over €300,000. Tickets for the draw are being sold with the tagline, “Imagine next year, you could live here!”. Within an 8 minute drive is the blue flag beach of Inchydoney, Long Strand and the walks at Castlefreke. West Cork has become an increasingly popular destination for home hunters during the pandemic, with few properties remaining on the market for long.

This new draw will build on the “WinAGaff” concept, which ran successfully in 2019.

St James’ Club Chairperson, Niall O’ Sullivan says: “We realise how lucky we are to be situated in such a picturesque part of West Cork. Imagine, this time next year you could be living here, just minutes from some of the most beautiful beaches in the world. There is already great excitement at our club about handing over the keys to a brand new home in Clonakilty to our lucky winner. The money raised will have a positive impact on our community in Ardfield/Rathbarry too. We plan to make our facilities more accessible, build a walkway around St James’ Park that everyone can enjoy and construct a practice wall for our juvenile members.”

A ticket for the draw costs €100, but a maximum of 10,000 tickets are being put up for sale. The lucky winner will be drawn in a grand prize raffle on Saturday, November 6th.

Brendan Keane, Chairperson of Fermoy GAA says: “Our club dates back to 1886 but our numbers are still growing. We want to keep attracting new members as the local population increases and as part of that we have ambitious plans for the re-development of Fitzgerald Park. This competition will help those plans become a reality and it will also change the life of the lucky winner who will have a new home in spectacular West Cork.”

Other prizes include a Toyota C-HR Hybrid Luna worth €32,860 in association with Lehane Motors and €5,000 in cash.

Aidan O’Connor, Chairperson of Douglas GAA says: “We all know how difficult it is to get on the property ladder and what a difference this prize could make, it could be a young couple or a family’s forever home. You wouldn’t think twice about spending €100 on a concert ticket, instead you could win the home of your dreams in Clonakilty. You will also be helping three local sports clubs support and invest in the next generation of players. In Douglas, our goal is to have the best of facilities for our 3,000 members. We’re currently developing a three year plan with the aim of investing in an astro playing surface, a ball wall, flood lighting and a games & skills area.”

For more information on tickets, and to view images of the #WinAGaff property, please visit the website www.winagaff.ie