As part of Ireland’s National Heritage Week celebrations, Irish International Trading Corporation (IITC) has handed over an extensive collection of archive materials to Cork City Library, ensuring that the rich history of the 101-year-old company will be maintained for generations to come. Local historian and Cork City Councillor Kieran McCarthy has also presented copies of his new book to the library, Irish International Trading Corporation (Cork), Celebrating 100 Years which details the company’s growth from 1920 to the present day.

The archive materials presented to Cork City Library include minutes from board meetings, cash books, ledgers, letters and notes all dating back to the company’s inception against the backdrop of the Burning of Cork in 1920. These materials, as well as an exhibition of photographs will remain on display in the public areas of the library until September 17th. 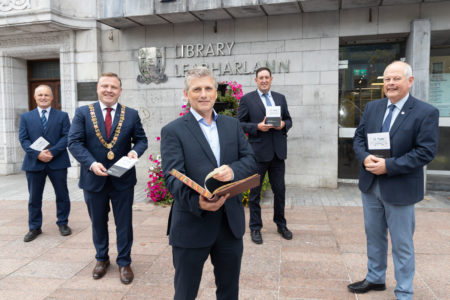 Pictured at the opening of a public exhibition in Cork City Library are Joe Healy, Company Secretary, IITC, the Lord Mayor of Cork, Cllr Colm Kelleher, David Heffernan, Managing Director, IITC, Cllr Kieran McCarthy and Cork City Librarian David OÕBrien. The company was founded by a collective of Cork business families at the Grand Parade in Cork in 1920. The founders were motivated by a desire to support commercial and industrial development in a new emerging Ireland. The exhibition is free and open to the public until September 17th.
PIC Darragh Kane 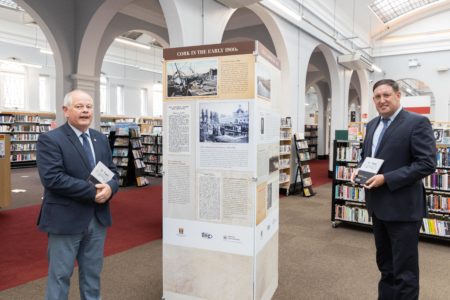 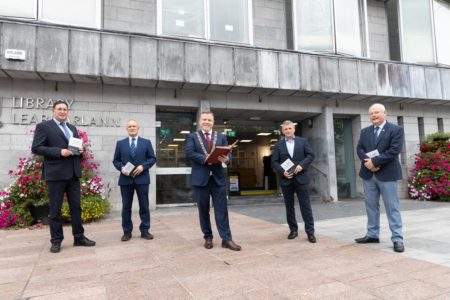 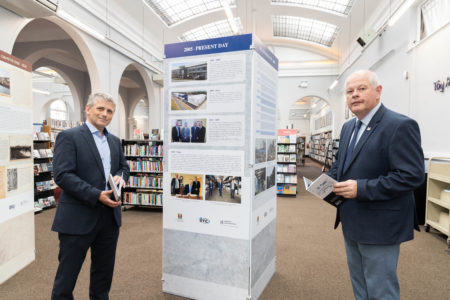 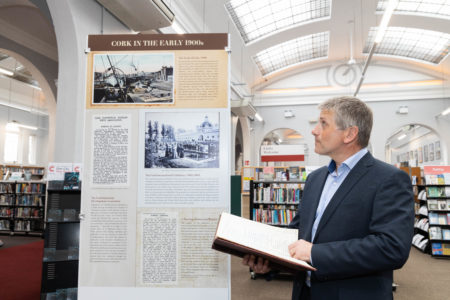 Speaking at the formal handover of archive material to Cork City Library, the Lord Mayor of Cork, Councillor Colm Kelleher said, “The handover of these historic documents and copies of Cllr Kieran McCarthy’s book is an opportunity to celebrate the legacy of IITC and its shared history with Cork, whilst also highlighting the important role that Cork City Library plays as a custodian of the city’s rich history. I am delighted to be helping IITC celebrate this occasion, and I look forward to its continued success”.

IITC Managing Director, David Heffernan said, “Today marks another significant milestone in the history of IITC. The original headquarters for the company was located on Grand Parade, across the road from Cork City Library, so in effect we are returning these materials close to the site of the inaugural meetings that took place in the 1920s. In Cllr McCarthy’s book, we now have a definitive and detailed account of the work that our founders carried out to ensure that Cork played a key role in establishing trade routes with other countries in the early 1900s”.

The duty of care for these documents of significant historical importance now falls upon Cork City Libraries, and the newly appointed city librarian David O’Brien. “We are delighted to have this opportunity to preserve these materials in our archives. IITC was founded at a time of enormous historical significance in Cork, so it is truly fascinating to be able to reflect on the work that was done in setting up a company that fostered crucial trading links to Europe and America. It is our duty as trustees of Cork’s history to ensure that these documents, which are sure to be of public interest, are preserved for generations to come”.

IITC was founded by a collective of Cork business families at the Grand Parade in Cork in 1920. The founders were motivated by a desire to support commercial and industrial development in a new emerging Ireland. IITC has played a key role in the development of Cork, from supplying materials to aid the rebuilding of the city after its burning in 1920 all the way through to supporting local enterprise today. From relatively small beginnings, IITC has grown to become a national business with a global reach, employing over 120 people with annual sales of €60 million.