Taoiseach Micheál Martin, together with the Mayor of County Cork, Cllr. Gillian Coughlan was at Mallow Railway station today to unveil a plaque to commemorate the civilian casualties from the railway, who perished during the struggle for independence. The station is on the Cork to Dublin line.

In the period up to the truce, twelve railwaymen were killed while in or about their place of work. The largest killing occurred at Mallow Station in January 1921, when Crown Forces raided Mallow, and killed four railway workers.

Others who lost their lives during the struggle for independence included:

Francis Gallagher of Belfast was the guard on a troop train conveying cavalry from Belfast to Dublin on 21 June 1921. The train was derailed at Adavoyle Station on the Louth Armagh border. Gallagher died in the derailment leaving a wife and three children. John Sisk was a signalman at Upton, Co. Cork. He was shot during the IRA ambush on a train on 15th February 1921 and died two days later, leaving a wife and five children.

Historian, Dr. Peter Rigney outlined details of the some of the railway workers, who lost their lives at this time. The Mayor of Cork County opened the ceremony and The Taoiseach delivered a key note address at the event, which was attended by local and national elected representatives from the area, and members of the Mallow Development Partnership.

This event is one of a series of events that Iarnród Éireann have hosted as part of the decade of centenaries.

“I am honoured to commemorate the railwaymen who lost their lives during the turbulent years of the Struggle for Independence.

These men lived, and ultimately suffered an untimely death, during a pivotal period in our history.

We week to do justice to their memory and that of the many others who perished during those tumultuous years.”

Speaking at the event either CEO Jim Meade said: “The common thread which unites the names on this plaque is that they went to work and never came home. Some were victims of deliberate attacks, others were victims of crossfire or derailments. Regardless of all that occurred the trains kept running a dedication and commitment to public service that continues to this day”.

“The War of Independence impacted on many lives throughout Cork County. Events such as those which took place at Mallow Station highlighted the very real tragedy and suffering that comes with war. Four railway workers tragically lost their lives in an indiscriminate attack whilst going about their duties working at the station. In this period of struggle, the trains continued to run and were a vital source of transport, supporting people as they went about their lives. This is a testament to the workers at the time who continued to assist their communities in such challenging conditions.” 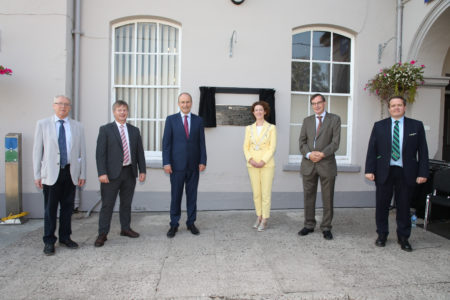 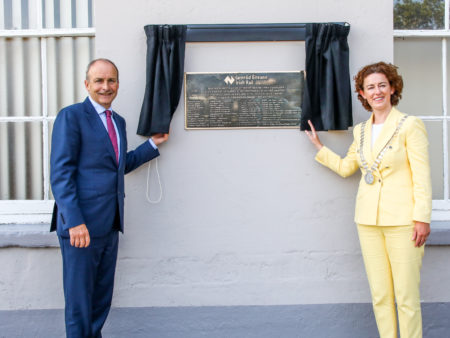