On 29 February 2020, Luxembourg became the first country in the world to make all public transport in the country (buses, trams, and trains) free to use. Germany is considering making their public transit system fare-free in response to the EU’s threatening to fine them for their air pollution levels. Here in Cork, some members of the Labour Party are promoting the idea.

The Labour Party in Cork City have expressed disappointment at the political rejection of a proposal to trial free public transport in Cork as a missed opportunity to showcase the potential of such a project by the Government.

Both Cllr John Maher and Local Area Rep Peter Horgan had proposed the idea of a trial, especially targeting those in education, through their colleague Seán Sherlock TD to the Minister for Transport.

“It’s clear that there needs to be an examination at the very least on this proposal,” said Cllr Maher.

“We will continue to pursue this agenda for the betterment of transport in the city and county and to mitigate the climate crisis by reducing private car usage.”

“We cannot continue to listen to the old excuses and wringing of hands. We will
Continue to press the NTA to consider and introduce this trial.” 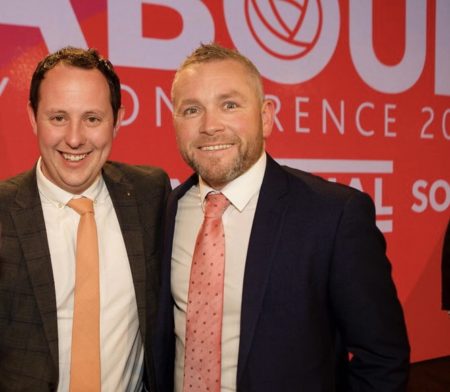 To ask the Minister for Transport if he will consider the trial of free public transport in Cork city and county.

As Minister for Transport I have responsibility for policy and overall funding in relation to public transport.

The National Transport Authority (NTA) has the statutory responsibility for the regulation of fares in relation to public passenger transport services and also has statutory responsibility for securing the provision of public transport services by way of public transport services contracts in respect of services that are socially necessary but commercially unviable. The funding of those services comprises both the fares paid by passengers and the subvention payments from the Exchequer. The main purpose of the subvention payment is to meet the gap between income from fares and the cost of operating services.

The provision of public transport services is heavily dependent on passenger fare revenue as it normally contributes about 65% of the operational cost. The remaining 35% of cost is covered by the PSO grant and the Department of Social Protection grant under the Free Travel Scheme. In Budget 2020, and prior to the Covid-19 pandemic, a total of €304 million was provided for PSO and Local Link rural regular services. Due to the impact of Covid-19, which resulted in the collapse of fare revenue on public transport, a further €370 million was allocated to enable the continued operation of public transport services in 2020. My primary focus is to ensure that public transport services continue to operate during this pandemic and I secured almost €659m for PSO services in 2021, of which €30m is to support the licensed bus sector.

Any assessment of a proposed change to public transport fare structures would be a matter for the NTA to consider in the first instance. I understand that the NTA has no plans to pilot a free public transport scheme.