The biggest selling comedian at the Edinburgh Fringe Festival, Jason Byrne’s inspired, original brand of high-energy intelligent lunacy ensures that there is no other comedian quite like him. His sell out shows over the years have attracted many accolades, receiving nominations for the coveted Perrier Award, the Perrier Newcomer Award and a Gold Sony Radio Award for Best Comedy.

His television credits include Live at the Apollo (BBC One), Comedy Annual (ITV1), Dave’s One Night Stand (Dave), The Channel 4 Comedy Gala (Channel 4), John Bishop’s Only Joking (Sky One) and Anonymous (RTE2), while his numerous tours, Edinburgh and international comedy festival appearances over the last 20 years have ensured his place as one of Ireland’s most successful stand-up comedians. 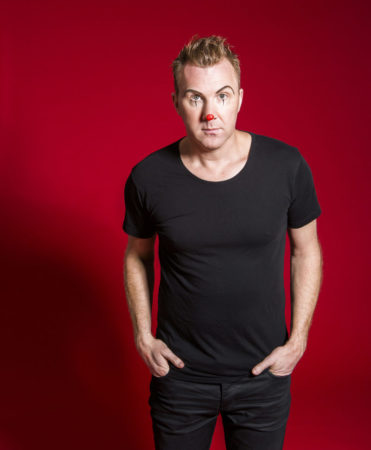 Jason’s Audience Precipitation Tour looks forward to bringing audiences back into the comedy clubs – including City Limits, one of Jason’s favourites and first places he played solo – while looking at how one man’s life could continue to fall apart while he is essentially locked in his own house. This hilarious brand new show sees Jason attempt to make sense of the year in which his life officially became a sitcom script. He’s absolutely bursting for a chat. Are you up for it, cos here he comes.