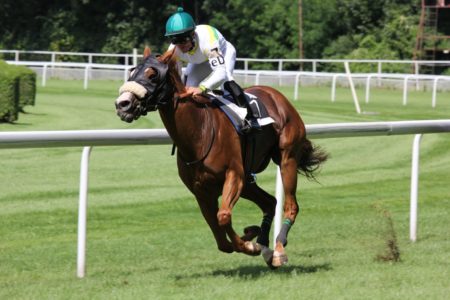 Jump racing returns to Cork on Sunday afternoon with a competitive seven-race card at the track. The action gets underway at 1.20pm and concludes at 4.50pm. The going at the track is currently Good, Good to yielding in places and there are showers forecast throughout the day. We have previewed the action with our race by race guide and you can find more tips at OLBG

The interesting one is debutant Frontier General. The four-year-old won a point-to-point last year and was purchased for €20,000. He is unexposed and has to go close if tuned up for his debut under Rules. Others to note include Chicago Times who has filled second on his last two starts and Family Business.

Fakir D’alene disappointed at Galway last time out, but remains open to more improvement. However, preference is for his stable companion Perfect Attitude. The five-year-old struck at Clonmel on his latest start and he looks primed to go well in this event.

Lord Gillygooley has to carry top-weight but is respected on the back of a smooth win last time out. However, preference is for the progressive Mullaghmore Wave. The six-year-old has impressed with victories on her last two starts and she is taken to complete the hat-trick here.

Lighthouse Lady has to carry joint top-weight but she comes into this race on the back of a fine run at Killarney last time out. However, Rathnaleen Tou was successful at Limerick in April and despite disappointing on her last two starts, she is taken to return to winning ways.

All three have a chance with Bleu Berry scoring in fine style over fences at Listowel last time out and Coach Cartier striking on his chasing debut at Listowel last month. However, clear preference is for Busselton for Joseph O’Brien. Another horse who was successful at Listowel last month, he was not disgraced when third in a Graded event at Tipperary earlier this month and he is fancied to come out on top in this three-runner event.

A competitive event. Poseidon needs to bounce back from a fall last time out, but had previously boasted smart form. The West’s Awake and Grange Walk are other possible improvers, but top-weight Abbey Magic gets the vote. The 10-year-old is already a course and distance winner and shaped with plenty of promise when third at Gowran Park last time out.

Johnny Cigar scored by a neck on his debut under Rules and commands respect despite having to shoulder a penalty. Lahinch Three returns to bumpers having finished third on his hurdling debut and a race of this nature is well within his compass, whilst Copper Nation scored at Tipperary earlier this month and is another contender. However, Another Choice has shaped with promise, filling the placings on his first two starts and he is fancied to progress again and land the finale.