A West Cork House has the best Christmas lights in Ireland

Cork home wins Ireland’s Most Christmassy Home national competition – Sean and Noreen Mc Sweeney from Drimoleague, County Cork win €6,000 for a charity of their choosing, which will be donated by Energia

Sean and Noreen Mc Sweeney from Drimoleague, County Cork, have been crowned Ireland’s Most Christmassy Home champions for 2021, following a public vote in Energia’s annual competition. Energia will donate €6,000 to the Bantry Hospice Project on behalf of Sean and Noreen.

The 2nd and 3rd place runners up will also receive €4,000 and €2,000 respectively, with Tony Fitzpatrick from Wexford, donating his €4,000 to Wexford Hospice Homecare, while Christina and Philip Walker from Carlow have selected Make-A-Wish to receive their €2,000 prize. Over the past six years of the nationwide competition to find the country’s most festive home, the total donated to charities by Energia on behalf of the winners has grown to €48,000. 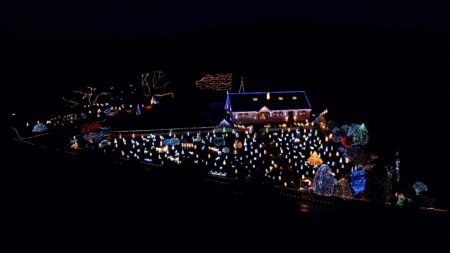 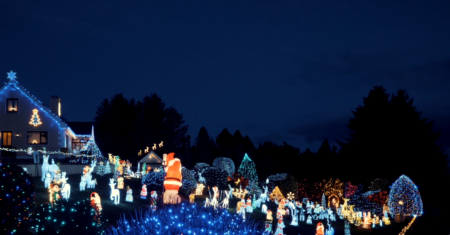 In addition to the charity donation, Energia has also gifted each of the finalists a €500 Smart Home Store voucher.

“All of the Energia team would like to extend their warmest congratulations to Sean and Noreen for being crowned Ireland’s Most Christmassy Home, as well as to the runners up Tony Fitzpatrick and Christina and Philip Walker. This year, we saw particularly impressive entries across the country, with such a high level of effort, creativity, and festive spirit, all in the name of supporting worthy causes. We are delighted to have the opportunity to make donations on behalf of the winners to the Bantry Hospice Project, Wexford Hospice Project and Make-A-Wish who each play vital roles in our communities throughout the country. We would like to wish everyone throughout Ireland a very Merry Christmas from all of us here at Energia and look forward to the competition in 2022.”

Energia are a modern customer-centric utility focused on renewable energy, providing 100% green electricity in all our energy price plans for electricity, gas and dual fuel.