New research from Heineken shows a growing number of Irish adults participating in a ‘Dry January’ this year.

A particularly interesting note is this growing trend amongst the 18-24 age group, where over half of respondents indicated that they were likely to participate in this coming Dry January (51%) in comparison with over 60% reporting to have not completed it in the past.

A major contributing factor to this decrease in alcohol consumption for some groups and an overarching theme throughout the research is a prevalent shift in attitudes towards alcohol consumption, particularly in relation to social situations. 78% of people feel that there is less stigma now surrounding not drinking at social occasions. Similarly, over 70% of respondents said that socialising can be just as enjoyable when opting for alcohol free alternatives and 0% options. 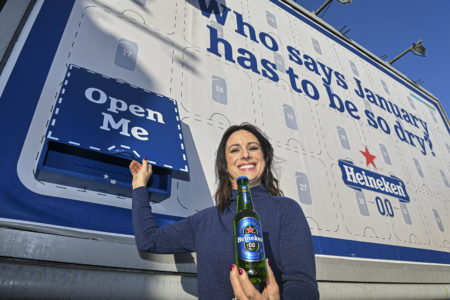 Heineken Zero’s Dry January campaign aims to show consumers that Dry January doesn’t have to be viewed anymore as this long and boring month. Consumers can still have a refreshing beer, enjoy social occasions and have a bit of craic, while succeeding in their resolutions.

Another key finding from this new research is the important role played by good quality alcohol-free alternatives and 0% options in assisting people in the reduction of alcohol consumption, while also enabling them maintain a social connection with friends and family as normal. Going alcohol free no longer needs to be associated with limiting social engagements, with over half of respondents claiming it is now easier to go alcohol free on a night out thanks to the great 0% options on the market.