Jim Woulfe has been honoured with an ‘Outstanding Contribution to Business Award’ from Cork Chamber. The well-known businessman joined Ballyclough Co-op in Mallow back in 1979. That business merged with neighbouring Mitchelstown Co-Op in 1990 to create ‘Dairygold’. Overall he spent 42 years in the business and 12 years at the helm of Dairygold. In early 2021 he flagged he would be retiring by year-end 2021. 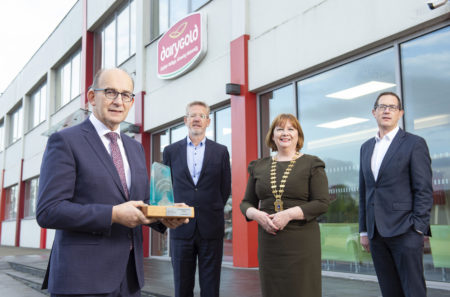 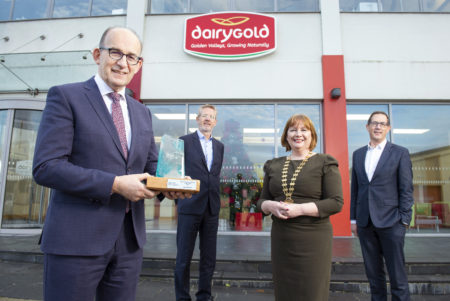 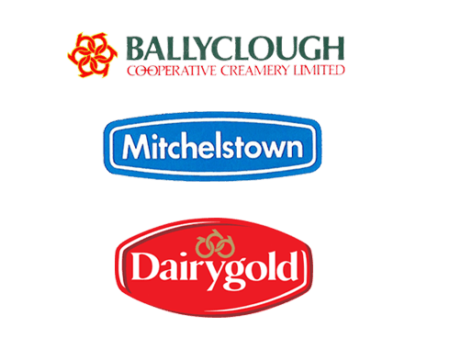 Dairygold is a large brand name, based in Co Cork. Its outgoing CEO has now received an award from Cork Chamber (of Commerce)

Meanwhile, at Dairygold HQ business continues. Conor Galvin (PhD) is now acting as the CEO according to Dairygold.ie. Conor took up the role with Dairygold from 1st January 2022. Conor (aged 47) joined Dairygold in 2014 and since then he held key positions on the Co-Op’s Senior Leadership Team in which he “capably led the strategic and commercial growth of the post-quota dairy side of the business”. Conor began his career as Country Finance Manager with Procter & Gamble, and immediately prior to joining Dairygold he spent almost six years with DCC Plc as Finance Director, DCC, Food & Beverages. From a rural background in Co Westmeath, Conor holds a Primary Degree in Science, followed by a PhD from University College Dublin, and in addition an MBA from the Smurfit Business School.