Predictions for iGaming Companies in Ireland for 2022 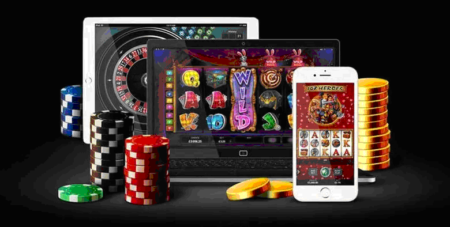 2021 has been a big year for iGaming. The last few years have seen a steady increase in the amount of revenue that online casinos and sportsbooks are making, as well as several high profile purchases and mergers between big companies. Several big-name brands like Flutter are based in Ireland but have been making a name for themselves globally, with partnerships with other big brands.

The iGaming Industry in 2021

Both 2020 and 2021 were pretty successful years for the online gaming industry, largely thanks to chunks of time when people had their movements restricted and were forced to stay at home more often. Although there have been different levels of restriction throughout the UK and Ireland, the first national lockdown of March 2020 saw entertainment venues forced to close their doors. The Irish iGaming industry were quick to react to this, offering those that were familiar with visiting land-based casinos and betting shops a chance to take part in their hobby via the comfort of their own home. This clearly worked as the online gaming industry had some record numbers throughout 2020 and this popularity continued through to last year too. So, after a busy year for gambling companies, how are they looking and what can we expect from 2022?

Flutter is easily one of the most recognisable names in the gambling world, and they’re also one of the largest Irish Gambling companies. Responsible for big names like Paddy Power, Betfair and Sky Sports, the company has been busy and its stocks reflect this. One of the major changes in 2021 was that Flutter bought UK based Tombola – one of the biggest online bingo sites.

Despite what would be considered a successful merger so far, Flutter’s stock price has dropped by 5000 points over the last year to date, although they started to recover in December – possibly helped by the confirmation of the merger with Tombola. Several investors have blamed the drop in share price on the company lowering its full-year earnings guidance, so while it’s volatile at the moment it could likely recover in 2022 thanks to the company’s latest acquisition.

There isn’t a lot of guidance at the moment as to why Flutter reported such a disappointing drop in revenue expectations, but it’s likely that they were simply over-optimistic when predicting profit because they thought that the sale of Tombola would go through faster than it did. It’s fairly likely that they will see an increase in revenue this year at least in part because of the acquisition of Tombola. Several investing platforms are listing Flutter stocks as a good choice to buy at the moment, so it’s clear that the small recovery that we’ve already seen in their share price since December 2021 will continue over the next few months.

Boyle Sports, based in County Louth, is one the biggest independent Irish sports betting companies. They are one of the major operators in the UK as well as Ireland with over 250 retail branches across the two territories and excellent reviews across all of their mobile gambling apps.

2021 has been an interesting year for Boyle Sports – in June they were reported to be showing interest in buying some or all of William Hill’s shops in the UK. William Hill’s 1400 shops were being sold by Caesars Entertainment in a shift to focus on the American Market. Soon after this, however, it all went quiet and it’s not clear that a sale went ahead.

Despite this uncertainty, Boyle Sports continued to exceed expectations as they went on to report a €1.4billion turnover in 2020. They have also sponsored some of the UK’s most recognisable sports teams until the end of the 2022/2023 season which signals further growth.

While Entain isn’t Ireland based, it’s one of the biggest operators in Ireland as well as across the UK so it’s worth a mention. Owners of big-name brands like Gala Bingo, Ladbrokes and Coral, 2021 was a great year for them. The stock price remained fairly stable and finished the year up 0.36%. While it’s not a great investment because of the stability of the stock, it shows that it’s a strong company and it’s likely to continue like this throughout 2022.

iGaming has been big business for the past few years now, and while most of the big companies are UK or US based, some of the homegrown brands like have done incredibly well. It’s hard to predict such a volatile market, but all of the signs point towards 2022 being a strong year for Boyle Sports and potentially a good year for Flutter. Gambling has always been one of the more volatile industries to invest in, but following company news is a great way to predict what might happen.

The Future of the iGaming Industry in Ireland

Although there is never any certainty of a future for any industry, the casino industry is one that continues to grow. A large part of this is the technological changes that the industry in general is quick to make. For example, it is now the norm for casinos to be part of the growing list of Irish gambling sites accepting PayPal. The need to offer a variety of payment methods to punters has become clearer over recent years and as such, the likes of Cryptocurrency and PayPal are now often offered by Irish casinos as a way for customers to top up their accounts and withdraw any winnings. New games, smartphone apps and even bigger prizes are all ways that the Irish gaming industry has invested in making sure that they offer products and services that keep up with the demand of their customers. It is this that has helped the Irish gaming industry grow, both for those companies based in Ireland and those based elsewhere but offering a range of services to Irish punters who wish to place a bet on a sporting event or enjoy a casino game online.

ENTERTAINMENT, NEWS
GoFundMe Page Set Up to Support Family of Corkman Following Tragic Death in Australia
Previous Post
Does The Weather Have An Impact On Horseracing?
Next Post
Tweets by @TheCork_ie