Cork Opera House welcomes artists and audiences back for 2022

Life after COVID as audiences return to Cork Opera House

Cork Opera House has revealed an exciting 2022 is on the way for patrons, beginning with a star-studded February line-up and the imminent launch of its Spring/Summer programme in March. Following a hugely successful panto season that saw Cork audiences return in their thousands to the venue, February will see some fantastic Irish and international acts set the tone for a year when a huge variety of live entertainment will grace the Opera House stage once more. 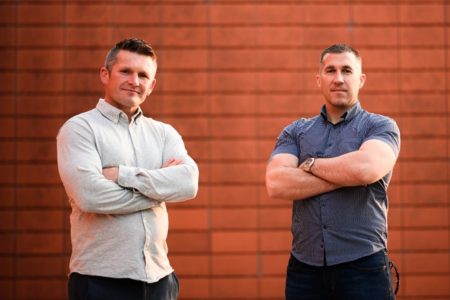 The 2 Norries, bring their ‘Changing the Conversation’ tour to a live audience on February 12.

Fans of Irish trad and folk have a fantastic show to begin proceedings with the visit of Tommy Fleming (Feb 4-5), before Psychic Sally (Feb 7) brings her much-anticipated brand new show, Ten Years and Counting. Then on February 9, fans of Scottish legends, Texas, will finally get to see their 30th anniversary show for their platinum-selling debut album, Southside. Sharlene Spiteri and band are set to bring a formidable back catalogue to Cork Opera House including ‘I Don’t Want a Lover’ and ‘Say What You Want’.

Quickly becoming one of Ireland’s most popular podcasts, The 2 Norries, bring their ‘Changing the Conversation’ tour to a live audience on February 12. The Cork duo have proven a huge hit with their challenging take on modern Irish society, empathetic insight and probing interviews which they will bring to their biggest Leeside live audience to date. Irish pop royalty in the form of Chris De Burgh is next up with a concert on February 16 before one of the country’s fastest rising comedians, Bernard Casey, brings his latest stand up show, Local Gossip, on Friday February 18.

There is a Mother’s Day special on February March 19 with the visit of The Three Tenors with Ireland’s Greatest Voices – a must-see concert of classic hits made famous by the likes of Frank Sinatra, The Dubliners, and Pavarotti. The Fureys return on February 20 with one of the finest collections of Irish ballads and songs currently touring. UK comedian, Sarah Millican, plays two dates at Cork Opera House on February 21-22 and a busy month is brought to a close with performances from Mary Black (Feb 24) and The Royal Moscow Ballet’s Swan Lake on Sunday February 27.

“It’s so good to be back to full capacity with our calendar filling up very quickly as artists are eager to get back to their audiences here in Cork. Being able to finally plan with more certainty is such a relief and we simply cannot wait to announce our spring /summer programme in the next few weeks.

“Patrons will be happy to know that this includes many of the postponed shows they have so patiently been waiting to see and many more for them to enjoy,”