RTÉ Broadcaster John Creedon named as ‘Cork Person of the Year 2021’ at a Gala Awards Lunch at the Rochestown Park Hotel, Cork

John received the award for representing the best of Cork City and County through his broadcasting and writings over the years.

The Judges also praised John for igniting a new love of Ireland during the recent lockdown Covid period through his television series ‘Creedon’s Atlas of Ireland’ and book ‘That Place We Call Home’, published by Gill Books. A third series of Atlas of Ireland will air on RTÉ this summer.

Award Scheme Organiser Manus O’Callaghan said “John Creedon is the quintessential Corkman and indeed the Creedon family have always been one of Cork’s first families. John loves Cork, his sense of place and his own tribe. His most recent TV series and book show the layers of meaning behind place names of Ireland’s 63,000 townlands and reveal stories about our country and the people who walked it before us” 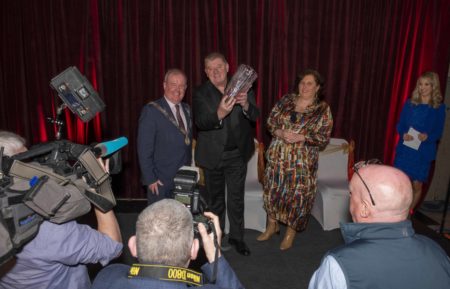 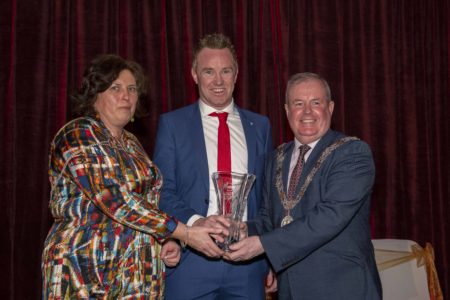 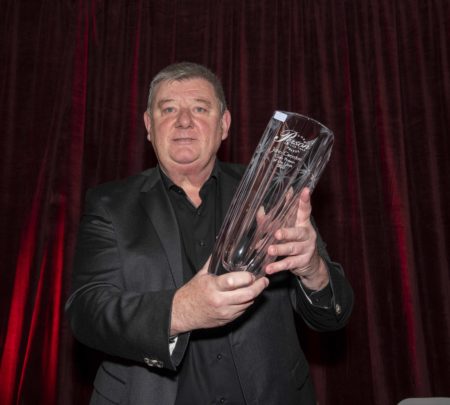 RTE’s broadcaster John Creedon who was awarded the Cork Person of the Year award at the ceremony which took place at the Rochestown Park Hotel.
Pic: Brian Lougheed

John Creedon received a standing ovation from an invited audience who represented all aspects of Cork life.

The HALL OF FAME award was presented to Caitriona Twomey of Cork Penny Dinners. Caitriona and her volunteers supply thousands of freshly-made meals every week to those in need and she has also added new free services over recent months. Award Organiser Ann-Marie O’Sullivan said “Penny Dinners must be one of the most admired and loved organisations in Cork. They always keep an open door, no questions asked.”

HONORARY CORKPERSON designations were bestowed on international singer-songwriter Donovan and his wife Linda, who have lived in North County Cork for many years. Donovan Leitch burst on to the international music scene in the mid-sixties with hits such as Catch the Wind, Mellow Yellow, Sunshine Superman and many many more. He is still performing today at 75 years of age and his wife and muse Linda Lawrence is a Collage Artist, Transcendental Meditation promoter and environmentalist.