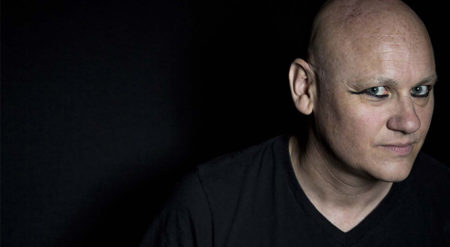 Terry Alderton regularly performs all over the globe, which has meant performing alongside some of comedy’s biggest stars. Michael McIntyre has found Terry as a source of inspiration. He has worked with Joan Rivers who became an instant fan and Eddie Izzard who proclaimed him to be a “very funny comic with a fantastic comedy mind, but someone who really ought to seek some sort of professional help”.

Terry’s accolades include winning The Malcolm Hardee Award for Comic Originality and a Perrier nomination for Best Show at the Edinburgh Fringe Festival, and Best International Act at the New Zealand Comedy Festival. He has performed stand up on many shows including Live at The Apollo and Michael McIntyre’s Comedy Road Show. Also an actor, Terry has starred in EastEnders (BBC1), London’s Burning (ITV1), The Bill (ITV1), Holby City (BBC1), and Waking the Dead (BBC1). The Times said: “He’s proved himself as a comedian of dizzying inventiveness”, while The Guardian said, “Alderton at his best is unstable and deliciously unexpected”.

Support on the night comes from Ian Burke. Since bursting onto the comedy scene a little over a year and a pandemic ago, Ian Burke has quickly established himself as an act to watch by winning Show Me The Funny 2022 and Cork Comedian of the Year 2020. Ian also reached the final of Dublin’s Next Top Comic, and Bray Comedy Festival’s Best New Act competition. Throughout 2022 Ian will be gracing the stages at All Together Now, Electric Picnic and Galway Comedy Festival.