Which Famous Musicians Have Toured In Cork? More Than You Think 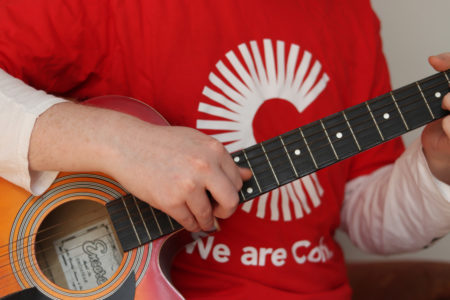 Nearly 35 years ago this month, Johnny Cash played a show at the Cork Opera House. His set list included hits like Ring of Fire and I Walk The Line. Cash is one of the greatest musicians to visit Cork, and what a venue to play in; knighted architect John Benson built Cork Opera House in the 1850s. Yet, many other famous faces have played in Cork over the years, not just at games stadiums like Páirc Uí Chaoimh, where U2 played in 1987. These musicians have also played at some of the top music venues and events across Cork. In this article, we’re going to look at some of the best examples.

In 2006, Kanye West came to Cork for Live at the Marquee, an annual summer musical event. At the time, West was moving to the height of his fame, with recent successes like Gold Digger becoming international hits. West rose even higher in the music industry following his performance in the city, but the rapper maintained his love for Cork. In 2014, he began his honeymoon with Kim Kardashian in the village of Castlemartyr.

The Savoy Cinema opened in Cork in 1932. In 1956, The Savoy hosted the Cork Film Festival, and in 1965, The Rolling Stones played at the venue. The show was five months before The Rolling Stones transformed into global superstars with the release of their album The Rolling Stones, which featured their hit song I Can’t Get No Satisfaction. Today, The Rolling Stones are one of the world’s biggest bands, and the people of Cork were lucky enough to see and embrace them before the world became Mick Jagger’s stage.

English rock band Def Leppard has an emotional history with Cork. Def Leppard played their first show in Cork in 1986 at Connolly Hall on the banks of the River Lee, but it wasn’t like any other show the band had played before. The show at Connolly Hall was Def Leppard’s first live show since drummer Rick Allen lost his arm following an accident in 1984. The people of Cork welcomed Def Leppard back to live entertainment, and the band continued their fruitful career in the music industry.

In 1987, one year after the band’s show at Connolly Hall, Def Leppard released its fourth album, Hysteria, which topped charts in the US, Canada, UK, and Norway. In fact, the album became so popular that it’s still used throughout entertainment today. For example, according to this review site, one of the many new online slots that have been released in the iGaming sector is called Def Leppard: Hysteria. The slot game lets you rock out with the band and even includes a Pour Some Sugar on Me free spins feature. Songs from the Hysteria album have also been featured on several video games, including Rock Band, Rocksmith, and NBA 2k18.

When it comes to which cities famous bands play in, Cork isn’t always at the top of the list. However, Cork does have a long history with bands coming to the city when they are on the verge of fame or on the mend. It’s a city where music is embraced at all levels, and perhaps that’s why musicians still go there.