Is it legal to play in a casino in Ireland

Who is responsible for regulating gambling in Ireland? Are players really allowed to gamble legally? and what is the government’s attitude towards online gambling?

Many people in Ireland love gambling entertainment, so it’s not surprising that it’s legal here. The horse racing, sports betting and casino industry are well developed in the Emerald Isle, which is formed in the form of semi-legal private clubs that offer gambling. Casinos in Ireland earn more than €200 million each year. But are casinos really legal in Ireland? 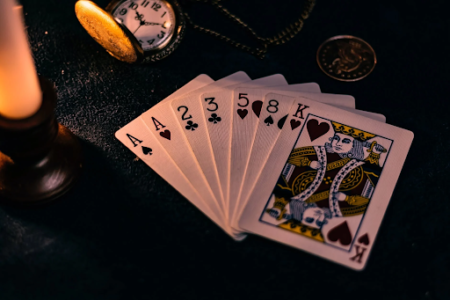 Gambling laws in Ireland as of 2016 were outdated and required reform. The government has been dealing with this issue since 2013: On July 15 they published a Master Plan of the law on the control of gambling.

This plan isn’t legally enforceable and requires further elaboration. Nevertheless, it provides the basis for future reform. The draft should collect all gambling regulations into one law and create one licensing regime for all areas of gambling.

In addition, the draft would create a new regulator, the Office of Gambling Control, Ireland (OGCI). It will be financed from the license fees.

According to the plan, bookmakers will be able to provide games at their outlets, although the government’s exact opinion on the matter isn’t yet known. Credit resources for players would be banned.

Casinos have long been viewed negatively by public opinion, but that has changed with the advent of online venues. The Casino Regulation Committee pushed for reform of the casino sector from 2006-2008.

The master plan proposes to issue up to 40 casino licenses. The norm of gaming tables is 15, the norm of slot machines is 25 per site. The location of casinos will also be strictly regulated: for example, they won’t be allowed to be placed near hospitals, churches, schools, etc.

Licenses will also be issued for certain events, such as poker tournaments. Such permits could be requested by pubs and clubs.

In 2018, a measure was introduced in Ireland that would drastically alter the country’s gaming rules and regulations. An impartial panel of specialists organized a parliamentary expert committee in 2019 to study this bill and provide many recommendations.

The Gardai and the courts can issue licenses for small and charity lotteries.

What types of gambling are legal in Ireland

Casinos don’t need a license — they operate as private clubs.

The following types of gambling are legal in Ireland:

In Ireland “Gaming” is defined as playing a game (whether of skill, chance or partly of skill and partly of chance) for stakes hazarded by the players.

Poker is considered a legal game if the conditions of the 1956 Act are met: the organizer doesn’t profit from organized tournaments.

Casino games fall under the definition of gambling in the 1956 Act and are generally prohibited. Casinos don’t legally exist, but the anti-money laundering provisions apply to them.

In general, the list of licensed games is formed by the Minister of Justice, Equality and Law Reform. For individual categories in the General scheme there are such provisions:

Online gambling will also be quite accessible: the Master Plan isn’t going to limit the number of online 1 euro deposit casino, bookmakers and other operators.

Online gambling in Ireland doesn’t yet have a clear licensing regime. In general, online gambling is prohibited. Nevertheless, foreign operators (from the Isle of Man, Malta and others) offer their services to residents of Ireland.

There are two types of online licenses: for an online bookmaker and for an online intermediary. In the first case, players make bets with the bookmaker himself, in the second case, the operator provides a platform where players exchange bets with each other.

The license for an online operator is different in that you don’t have to obtain a certificate for the venue. The license fee is €10,000. The renewal fee depends on the operator’s income and varies between €10,000 and €500,000.

The development of the legal gambling business in Ireland is severely hampered because there is no well-developed legislation. Most of it is a “grey” market both among land-based “private” clubs and online venues. The government loses quite a serious amount of taxes that could have come into the treasury from the operators.

According to many websites “The Irish are considered one of the most gambling nations”. The annual market volume is estimated at almost €2 billion. With a successful legal framework, as in neighbouring Britain, gambling could provide good revenues to the state.