Here’s what Irish people are using their credit cards for 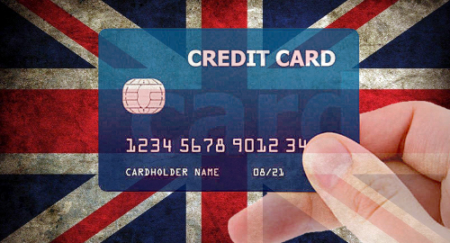 The Daily Credit and Debit Card Statistics1, which is a more-timely but less granular data collection, shows that spending was largely unchanged in April compared to the previous month. The latest data shows that spending in April (to April 17th) was 28 per cent, or €957 million, higher compared to the same period in April 2021, as the public health restrictions in place last year limited spending.

Point of sale (PoS) spending was 21 per cent higher in March 2022 when compared to March 2021, at €6.7 billion (Chart 2), while ATM withdrawals increased by 13 per cent, to €1.1 billion. ATM withdrawals continue to remain subdued compared to pre-pandemic levels, and were 16 per cent below February 2020 figures.

Spending on services recorded a strong year-on-year increase, rising by 65 per cent, or €624 million. While all services sectors recorded year-on-year increases, the headline increase was predominantly driven by increased spending in the transport and accommodation sectors, which rose by 311 per cent and 583 per cent, respectively. For the first quarter as a whole, spending in the transport and accommodation increased by 343 per cent (€883 million) and 531 per cent (or €551 million) compared to the first quarter of 2021.

Total in-store spending amounted to €3.6 billion in March 2022, 15 per cent higher than the previous month, and represented an increase of 34 per cent, or €905 million, when compared to March 2021. The proportion of total PoS spending conducted in-store rose to 53 per cent, an increase of 1 percentage point compared to February 2022.

The daily card payments categories will not sum to the corresponding monthly Credit & Debit Card Return categories due to a methodological difference between the two data collections. The monthly return is collected on a settlement basis (i.e. the date on which the transaction settle on a bank’s system), while in order to get accurate calendar day data, the daily card payments return is collected on transactional date basis (i.e. the date in which the transaction took place). For further information and a discussion of our initial analysis of this newly developed data please see a ’Behind the Data’ research article, available here.

The primary aim of the data collected in the Credit/Debit Card Return is to inform national and euro area policy making, and to enhance understanding of the role of credit/debit cards in the domestic financial system. Monthly data is collected from the largest issuers of credit/debit cards resident in Ireland. Only euro-denominated cards issued by these providers to Irish residents are included. Cards issued to Irish residents by issuers that are not resident in Ireland are not included in the compilation of data.

The sectoral breakdown is compiled referencing the merchant category code (MCC) system for retail financial services. A MCC is generally a four-digit number assigned to a business by credit card companies (e.g. American Express, MasterCard or Visa) when an entity first begins to accept one of these cards as a form of payment. The MCC is used to classify the business by the type of goods or services it typically provides.

The Sectors Retail, Services, and Social sectors will not sum to Total PoS Spending. The sub-categories pertaining to these sectors represent a subset of the full granularity, and will not sum to the respective ‘Total’ category.