Following a successful run of shows in 2019 Cork Rocks returns to Cork Racecourse Mallow this summer, which has announced Hothouse Flowers as their Cork Rocks’ Headliner for this year’s event, taking place at the racecourse on Friday July 8. 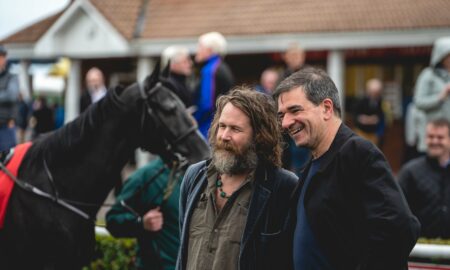 With influences ranging from soul, gospel, and rock Hothouse Flowers formed in 1985 in Dublin. Their first album, People (1988), was the most successful debut album in Irish history, reaching No. 1 in Ireland and No. 2 in the UK. After two more albums and extensive touring, the group separated in 1994. Since getting back together in 1998, the band members have been sporadically issuing new songs and touring, while also pursuing solo careers.

Hothouse Flowers have remained a consistent live force on the Irish music scene over the years and remain huge fans’ favourites to this day.
Despite the bands lengthy career, which is now heading into its fourth decade, there is a sense of unfinished business. Every night they want to play the best gig they have ever played and take musical risks that can make that possible. There are still songs to be written and emotions to share. Whether it’s in a tiny club, an arena or in a festival field there is a sense that the best is yet to come.

“We are thrilled to announce that Hothouse Flowers, will join us once again at the racecourse on Friday 8th July. Their 2019 gig here with us is one that will go down in history and we are certain of a wonderful night again this July. At €20, tickets for racing and music represent great value for a brilliant summer’s night out.”

Cork Racecourse is only 10 minutes from Mallow Town Centre with adedicated free shuttle buses running from the town centre and train station. Ample free parking is available onsite. For Tickets and hospitality options – go to www.corkracecourse.ie or call the Cork Racecourse ticket-line on 022 50207. Tickets €20.