Offshore wind infrastructure will require servicing, so – just like an oil rig – it will benefit the nearest port with spinoff industries

Sharing similar visions for the future, the Port of Cork Company was delighted to meet with Inis Offshore Wind, one of Ireland’s leading renewable energy firms, to discuss the future of Ireland’s Offshore Renewable Energy (ORE) sector and to explore the opportunities for Cork Harbour.

As part of its commercial energy strategy, the Port of Cork Company is actively engaging with organisations within the renewable energy sector, to discuss the potential for future development opportunities. The Port of Cork Company (PoCC) is keen to engage with organisations within the energy sector that share the same ethos around sustainability, to facilitate a sustainable future for the region and for Ireland. 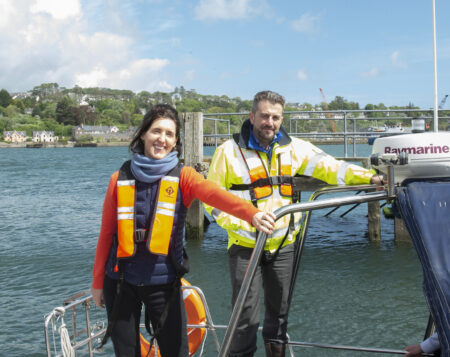 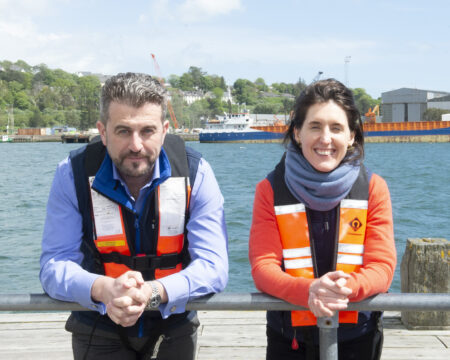 In December of 2021, the Government published a Policy Statement setting out the strategy for commercial ports to facilitate offshore renewable energy activity in the seas around Ireland. The Government has also decided that a multi-Port approach will be adopted, with a number of Ports being required to provide facilities for the different activities at several locations around the country, and at different times for the various phases of the fixed and floating ORE developments. The PoCC will utilise its strategic location and considerable experience in the offshore energy sector to make its contribution to supporting the development of renewable energy opportunities, as outlined in the Port of Cork Company’s commercial energy strategy and government policy.

Conor Mowlds, Chief Commercial Officer of Port of Cork Company, said: “There are significant opportunities for the Cork region to become a hub for renewable energy, which will benefit the environment, local businesses and create employment in the region.“

Mr. Mowlds added “We welcomed the opportunity to meet with the Inis Offshore Wind team and to show them first-hand the range of facilities in the Harbour. Taking the time to visit in person gave the team an understanding of the scale and the size of the harbour, the opportunities, and the challenges, as well as giving us the chance to discuss the potential for future developments both in and out of the water.”

Backed by the Temporis Aurora Fund, whose investors include the Ireland Strategic Investment Fund (ISIF), Inis Offshore Wind is an Irish renewable energy firm, committed to supporting the delivery of the Irish Government’s offshore wind target by 2030.

Vanessa O’Connell, Head of Inis Offshore Wind, said: “As an organisation, our mission is to enable a sustainable energy future for the people of Ireland. We believe that the Cork region can play a pivotal role in the future of Offshore Renewable Energy in Ireland. The Port of Cork Company is a forward-thinking state agency that understands both the complexity in developing offshore renewable energy but also how important this source of energy will be for future generations.

The proactive approach from the Port of Cork Company towards the future of renewable energy in the south is hugely encouraging. I would like to thank Conor and his team for our recent productive and informative visit.”