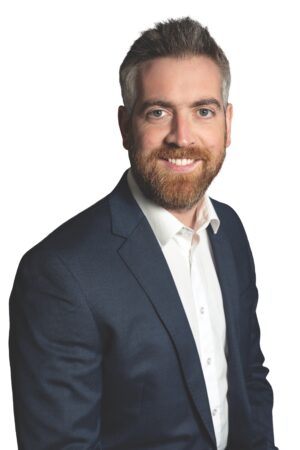 A new bill to allow for the State to come up with a national strategy for recycling organic waste and turning it into biogas has been drafted by Cork South West Deputy Christopher O’Sullivan.

The draft bill – the Anaerobic Digestion (National Strategy) Bill 2022 – will provide a mechanism for the Minister for the Environment, Climate and Communications, to create a national anaerobic digestion strategy.

Anaerobic digestion (AD) is a process of recycling organic waste matter into a biogas, which can then be used for energy production and as an organic fertiliser, thus reducing emissions and generating low carbon renewable energy.

“By positively contributing to the decarbonisation of Irish agriculture and the generation of renewable energy by the use of anaerobic digestion, Irish farmers will be enabled to play a key role in slowing down the pace of climate change,” said Deputy O’Sullivan, who is also vice chair of the climate action committee.

“It’s not just agriculture that will benefit from and contribute to these facilities. Distilleries are growing in number throughout the country, and they’ve had challenges with disposing of the grain used in the distilling process. Used grain can be fed into anaerobic digesters, therefore extending the life and use of the grain and fulfilling some circular economy goals.

“It’s estimated that over a 10-year period it will have stopped an estimated one million tonnes of carbon from escaping into the atmosphere.

“Ireland currently doesn’t have a strategy or policy for anaerobic digestion, and the obstacles to establishing and running AD’s have prevented the expansion of this renewable, low carbon technology.

“A national strategy will encourage an expansion of this technology across Ireland, and in doing so provide a secure source of renewable energy.”

The strategy could also include micro scale anaerobic digesters which could allow the hospitality sector, and even households, use food waste to create their own energy to be used in cooking for example, and using the liquid bio-fertiliser for growing more food locally.