Nine stories about County Cork appear in a compelling new GAA book written by those at the heart of the sport. 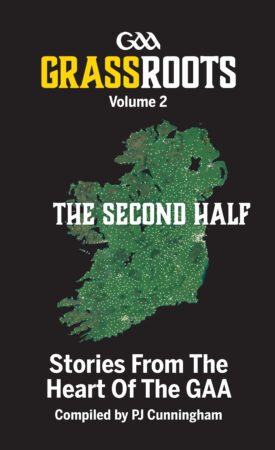 The front cover of Volume 2 of Grassroots, author PJ Cunningham’s publication – in partnership with the GAA – featuring anecdotes and memories from club and county level across the association. The book is available nationwide and at www.ballpointpress.ie.

‘Grassroots: The Second Half’ is a gold mine of GAA tales spanning over 150 years and follows the publication of a successful first volume last year.

“The GAA and I were astounded by the response to the first edition,” said book editor PJ Cunningham, who collaborated with Croke Park on both publications.

“This collection is slightly different to the first in that as well as having the usual stories from the deep roots of rural society, there are also numerous stories where people from other sports and walks of life talk of their GAA experiences,” he said. 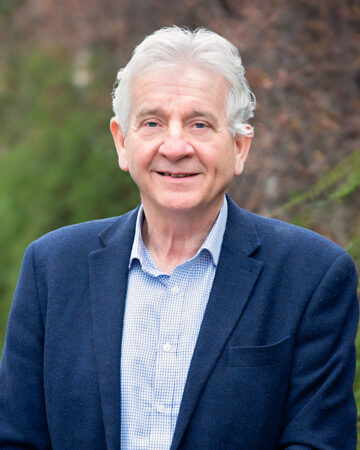 Grassroots author PJ Cunningham says the second edition of his book, available now nationwide, provides snapshots into the history of the GAA across every county, recounted by the people at the heart of the action.

“Virtually no subject escapes in the 400 pages, with tales of a parish priest’s curse, referees officiating with watches which didn’t work to players taking ‘leaks’ on the field of play,” said Cunningham.

“All human life is in there, whether it is going to and from matches or in one case, the story where a Kilkenny fan got locked into a well-known Dublin pub while his team won the All Ireland hurling final a mile away in Croke Park.

“This book provides snapshots into the history of the GAA, recounted by the people at the heart of the action, whether those stories are happy or sad, sensational or ordinary.”

Kinsale man Dermot Collins recalls a day when he wilfully bent the rules as a referee to preserve a Cork football star’s All-Star award while among the other contributions are Mike Monaghan’s fascinating tale about a ‘Windy day in Doneraile’ and John Arnold’s account of county rivalry between Cork and Waterford.

There are also contributions from the late John B Keane, who gives his views on junior referees and a separate story on different circumstances surrounding a Seamus Darby goal.

GAA President Larry McCarthy said the book highlighted “the value of the folklore and stories built up around our games.

“What these two Grassroots books do is ensure they become available to a wider audience as most, if not all, of these stories are being published for the first time,” he said.

Grassroots: The Second Half, priced at €19.99, is available now nationwide and from: www.ballpointpress.ie