Ship cargo direct between Ireland and Spain, via Cork

The Port of Cork Company (PoCC) has welcomed the news that the independent container shipping group X-PRESS FEEDERS, are to run a new weekly service on their Northern Europe-North Spain service. The new service will connect the Port of Cork with the Spanish Ports of Bilbao and Gijon.

As the world’s second-largest natural harbour and a key international trade gateway, the Port of Cork (PoC) is ideally positioned to act as a catalyst for trade and employment across the southern region of Ireland, offering direct connectivity to the global supply chain and attracting foreign direct investment.

Speaking on the launch of the new service Conor Mowlds, Chief Commercial Officer, Port of Cork Company said: “We are thrilled to welcome this new service that will connect the Port of Cork with the two key Spanish ports of Bilbao and Gijon. This new offering is further proof of the Port of Cork’s ease of access as a trade route to Europe and beyond. We look forward to maintaining and building on our relationship with X-PRESS FEEDERS into the future to expand our network on behalf of our Port of Cork customers.”

Thirty-five of the PoC’s top customers are from industries such as Med-Tec, Pharma, IT, chemical and Agri-Food, accounting for €145 billion of manufacturing and supporting over 45,000 jobs directly in the southwest region. 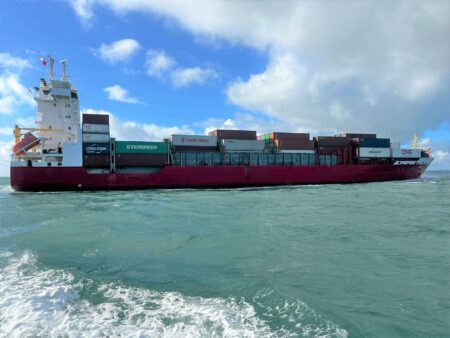 The new weekly service by X-PRESS FEEDERS will support greater freight connectivity between Ireland and Europe for PoC customers and strengthen business with direct routes.