A landmark former Hotel in Cork is for sale.

The five star Kingsley Hotel, on the Carrigrohane Road
has today been listed with Savills Property Agents
with a guide price of 6 million euro.

The 131 bedroom Hotel has been closed since the floods of 2009 which
damaged the ground floor but the upper levels are described as being
in “excellent condition” , and with some work the premises could re-open as a Hotel.

It also includes a detached apartment block which is currently
operating as a business.

The Kingsley Hotel is located opposite Cork County Hall, which
accommodates around 650 employees.

According to Trending.ie, Cork hotels achieved Occupancy of 71% in
2012 at an Average Room Rate of €70 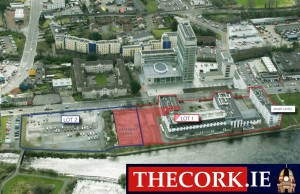