Voxpro has announced the opening of a new office in San Francisco. The
company has experienced significant growth this year and turnover for
2013 is set to increase by €5 million. International business now
represents more than 80% of the company’s overall turnover.

The new office in San Francisco, which will initially employ three
people, will act as a sales and marketing hub, driving new contract
wins back to Voxpro’s international headquarters in Cork.

Speaking about the company’s international expansion, Dan Kiely, CEO,
Voxpro said: “The opening of our San Francisco office is a key
milestone for Voxpro. It represents our first international footprint
and will play a vital role in the continued success of the company.
The next two years will be very significant for the growth of the
business and by the end of 2015 our plan is to employ 1,000 people at
our headquarters in Cork.”

Voxpro’s growth in North America follows the launch earlier this year
of ‘5 by 5’, a new service which provides a unique approach to the
traditional customer support structure.

Mr. Kiely continued, “Our ‘5 by 5’ service has been instrumental in
growing our North American business. The service is unique in that it
provides an affordable outsourced customer support service to
international and indigenous Irish companies looking to break into the
European market. By year end we will have 20 new contract wins since
the launch of ‘5 by 5’ and we expect to see these figures more than
double by the end of 2014.” ‘5 by 5’ is a customer support service
geared towards companies with a ‘Go to Europe’ strategy and offers 120
hours of 24/7 customer support in 5 languages for 5 thousand euro per
month.

Mr. Kiely concluded “2013 has been another successful year for Voxpro
and the icing on the cake for my partner and co-founder of Voxpro,
Linda and I is our nomination in the International Category of this
year’s Ernst & Young Entrepreneur of the Year Awards. This nomination
further endorses our business strategy of focusing on winning North
American business.”

Voxpro is a multilingual business process outsourcing provider
delivering customer contact solutions on behalf of more than 100
companies and organisations. These companies range from local
enterprises to multinational corporations, including leading
international blue chip companies. Voxpro is Ireland’s largest
exporter of business process outsourcing and is one of 24 finalists in
this year’s Ernst & Young Entrepreneur of the Year Awards. 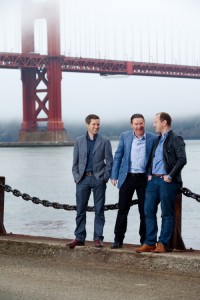