• 60% of workers say managers do not care, are not interested or do not understand when they are distressed at work

• 655 employed men and women were surveyed for the national study

Ag Eisteacht4 Business, based in Cork, was established to train CEOs and managers to respond effectively to distress in corporate settings, commissioned the survey into the causes of workplace distress. The group’s practical training courses are aimed at boosting productivity through improving workplace well-being.

In the national survey, a significant 40% of workers said they had no support from managers when they were distressed at work. Six in ten of these said managers did not care, were not interested or did not understand when they were distressed. One respondent said ‘they don’t help, even if I ask for it.’ Another reported that experience had taught them there was ‘no interest in talking things through.’

The results also show that for well over a third of workers, a lack of support and understanding from managers impacts negatively on their productivity (36%.)

A further 22% cited poor work relationships or isolation at work as the main reasons behind reduced productivity.

In contrast, of those who said they were supported by management, 80% said it was because they felt listened to and there were organised policies for listening in their place of work. 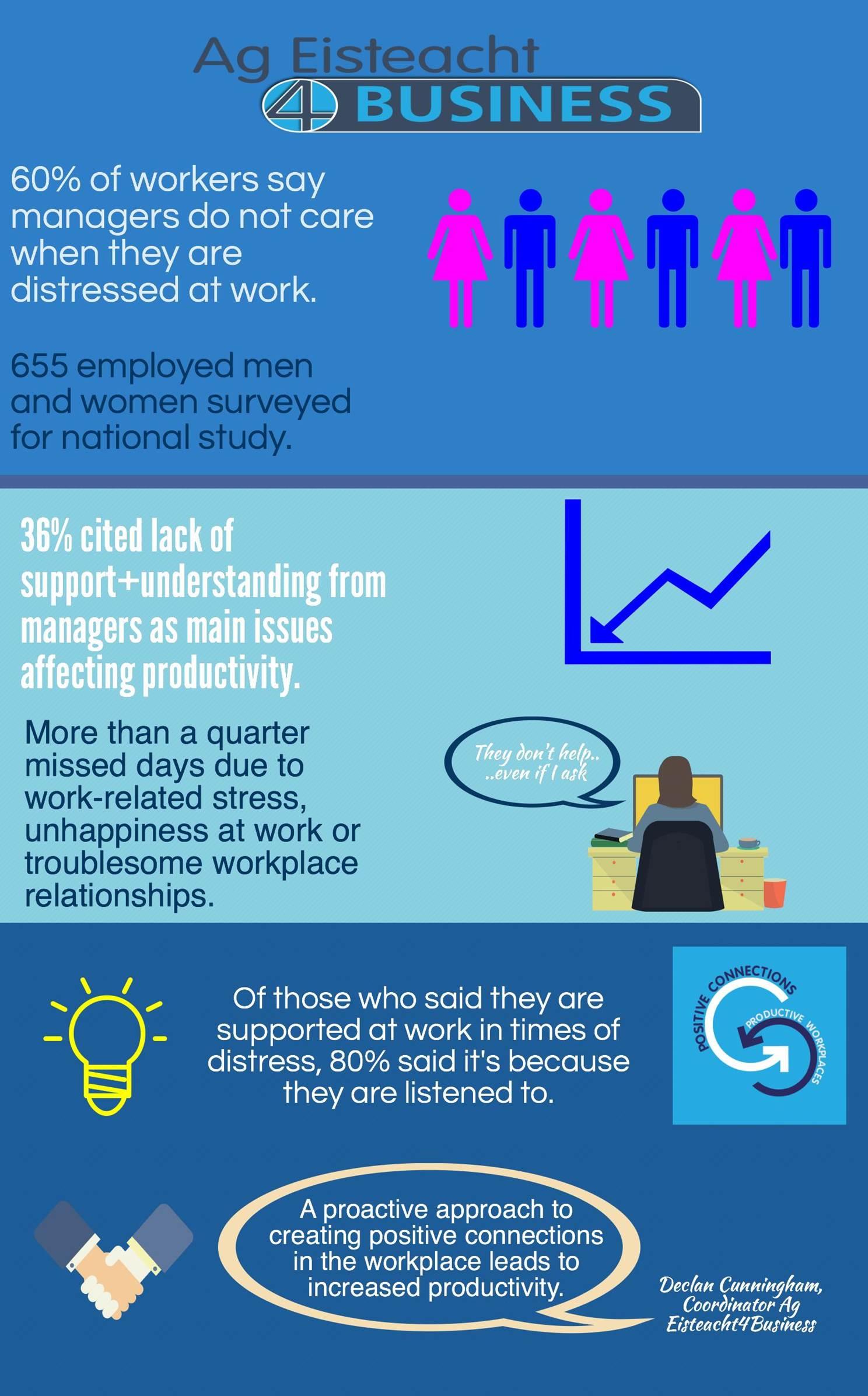 “Working in transition management for the past 30 years, I have found that the majority of managers and CEOs have good intentions and wish to support their workers, but are often too constrained by time and resources to really listen.

When they can listen, it does impact hugely on workplace morale and this survey shows that clearly. Eight out of ten workers who said they do have support from management, said it was because they were listened to, or because there were organised communication policies in their workplace.”

The factors causing absenteeism were also examined in the report. Work-related stress, unhappiness at work and troublesome relationships with colleagues and managers were found to be the main reasons for more than a quarter of workers (27%) missing work.

“Open communication and active listening in the workplace are hugely important factors in combatting the reasons behind absenteeism that the report revealed. Absenteeism is one of the most serious issues for any manager. The issue cost small firms €490 million in 2014 and the public sector €370 million in 2013.

A proactive approach to creating positive connections in an organisation leads to a more productive workplace and is a huge step towards reducing absenteeism.”