Karen Cotter, distiller at the Microdistillery at the Jameson Experience Midleton, which is part of Irish Distillers, said: “Jameson has led the current surge in popularity of Irish whiskey – we’ve grown from less than 500,000 cases in the mid-1990s to 5 million cases this year. Jameson’s signature smooth taste profile, Irish character and authenticity have won legions of fans globally and we have effectively communicated with consumers through marketing properties such as film and St. Patrick’s Day. Ultimately, it’s the taste of the product that secures its success and future potential – and we’ve got that in spades across our whole portfolio.”

Research reveals that women make up just 25 per cent of whisky drinkers worldwide*, but that number is increasing as cocktail culture becomes embedded in society and the appreciation of provenance and taste grows. Woman are joining the ranks of self-confessed whiskey aficionados such as Christina Hendricks and Lady Gaga, who credits Jameson for helping her song writing.

The River Lee has a number cultural events planned for the Winter Whiskey Club in the New Year including Whiskey & Culture with Sean O’Riordan, Whiskey & Fashion with the Irish Year of Design and Whiskey & Music with Triskal Arts Centre and Other Voices.

For more information on upcoming Winter Whiskey events at the River Lee or to make a reservation visit www.doylecollection.com/hotels 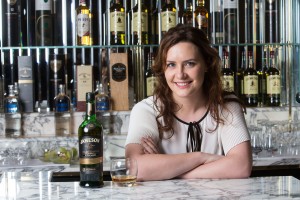 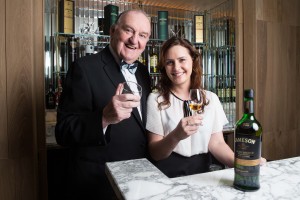