Cork City FC have confirmed the signing of Stephen Dooley

The 24-year-old winger made fourteen league appearances for Derry City FC last season, scoring twice. He said that he is looking forward to moving to Leeside to join John Caulfield’s side: “I’m very excited, it’s a new challenge for me and I am looking forward to getting started.” 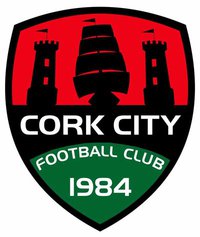 “A few players have come in and a few have left, but the base from the last couple of seasons is still there and they have done very well. City have come second twice and hopefully, with a few additions, we can push all the way.”

“I just want to nail down a starting place and, hopefully, contribute as much as I can to the team. I want to get a good pre-season under my belt, get in as good shape as I can and take it from there. The team has been right up there for the last two seasons, so there is no reason why we shouldn’t be looking to finish first this year; there’s no reason why this team can’t do that.”

Cork City FC boss John Caulfield said he was very pleased to have captured the signature of Dooley, who will join up with his new teammates for pre-season training in the coming days, saying: “I’m very happy that Stephen is joining us. He’s a player that I have admired when I have seen him in action; he’s an old-fashioned winger, he likes to take on full-backs and go past them. He can play on the left or the right, he’s direct, he’s pacey and he chips in with a few goals as well. I think he will be a very exciting player for us and I think the supporters will enjoy seeing him in action.

INFOGRAPH: How old is too old to try for a baby? 79% of Irish people don’t know – according to Cork based ‘My Fertility Check’
Previous Post
VIDEO: UCC Biobank and related cancer research can create jobs in Cork – says Deirdre Clune MEP
Next Post
Tweets by @TheCork_ie