Clonakilty performs well in Cork Education and Training Board awards

General Election Candidate Cllr Alan Coleman (Independent) has welcomed the news that a Clonakilty student has received a top level award from the Cork Education and Training Board (CETB). 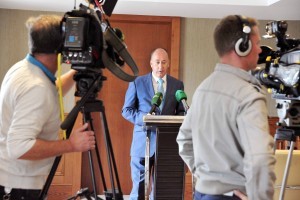 High achieving students in the Leaving Certificate and Leaving Certificate Applied (LCA) from 23 schools across Cork City and County attended an awards ceremony on Thursday 11th February in the Rochestown Park Hotel. It was organised by the Cork Education and Training Board (CETB) to recognise personal dedication and outstanding academic results.

Among the recipients of the highest award was Jack O’Donovan from Clonakilty Community College. He received the “Board Medal” for achieving an impressive 625 points in the Leaving Certificate. That equates to 6 Higher (honours) Level A1’s.

There were plenty of awards for other students in Clonakilty, and elsewhere in West Cork.

The CETB awards, are held annually and are enthusiastically attended by students along with their proud parents and teachers.

The West Cork winners of the ‘Student of the Year’ awards included: