Clonakilty in West Cork has been included in a prestigious list of the top 100 sustainable destinations in the world – and is also the only place in Ireland on the list.

The honour was announced on World Tourism Day and Green Destinations Day (28th September) in the Castle of Ljubljana (Slovenia) – the European Green Capital 2016.

The awards celebrate the efforts of tourism destinations’ responsible and sustainable tourism initiatives. 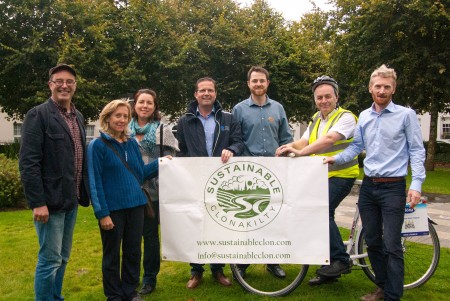 Sustainable Clonakilty committee member Michael O’ Neill nominated Clonakilty through an online form in which he outlined how the popular West Cork tourist destination deals with 15 core criteria of the Green Destinations Standard.

He provided extensive information on Clonakilty’s efforts towards sustainability for the benefit of visitors, residents and the wider world.

Nominations were entered from all over the globe, all of which were evaluated by experts of the Green Destinations Top 100 Team which included over 60 tourism sustainability experts. The Top 100 highlights tourism destinations that have worked hard to make a difference and take sustainability seriously.

They were all judged on 15 core criteria of the Green Destinations Standard including tourism policy, nature protection and promoting local products.

Clonakilty is now in good company with places as diverse as The Niagara Falls in Canada, Brittany in France, the Grand Canyon in the U.S and Cape Town in South Africa among some of the other places to make it onto the Top 100.

The announcement of the award coincided on the same week that Clonakilty was again announced as the top Cork County community in the National Tidy Towns competition in which it also retained it’s Gold Medal. The town was also ranked among the top 10 tourist towns in Ireland by Fáilte Ireland last year.

Michael O’ Neill, of the popular Fernhill House Hotel, who submitted the entry on behalf of Sustainable Clonakilty, expressed his delight at the town’s inclusion in the final 100 list, outlining the many and diverse areas in which the Clonakilty town and wider area enhances and protects it’s environment.

“It’s down to the tremendous spirit of volunteering in Clonakilty and how so many people and groups give of their time for their community. We have fantastic groups like Clonakilty Tidy Towns, GIY (Grow It Yourself), the Clonakilty Bicycle Festival, Clonakilty Community Garden, BirdWatch Ireland and ourselves in Sustainable Clonakilty to name a few all of whom are doing their own things to enhance and preserve our wonderful environment. This makes Clonakilty not just a pleasant place to live, work in and visit but is also reducing our impact on carbon emissions, global warming and climate change. The awareness we are all raising respectively, means we are investing in the future of the community”.

The judges’ comments were not available at the time of going to press but they reportedly commended Clonakilty for its Community Bicycle Scheme established in June 2015, (which also won several national awards in the last year); the Community Garden developed as a partnership between the town’s refugee population, local community and supported by the local Lions Club and the Better Energy Community Grants secured by Sustainable Clonakilty.

They also highlighted the towns schools all of whom have been awarded a variety of green flags and have developed vegetable and fruit gardens in the last number of years.

“Being recognised as a top sustainable tourism destination is great for Clonakilty. Sustainable tourism is growing every year and becoming a real niche market so it should result in more visitors coming. Sustainable tourism is all about having as little impact on the local environment as possible. This will mean that we can grow tourism without impinging on the wonderful character of Clonakilty which is hugely important. I see the interest in responsible tourism growing annually in my own business at Fernhill House Hotel, when guests often raise the high standards we have in Clonakilty’, concluded Mr. O’ Neill.

‘We are thrilled and hugely honoured to have been selected for inclusion on such a prestigious list.

This is not only good for tourism which is important for the economy of our community, but hopefully this accolade will encourage more people to live sustainably and cherish the unique environment in which we are fortunate to live in – and should never take for granted.

Sometimes, all it takes is for many people to make small adjustments in our lives to have a positive affect on our local environment and the global environment.

We welcome interested people to join Sustainable Clonakilty, and if they can’t to perhaps get involved in one of the many other groups that come under the broad umbrella of environment and community”.