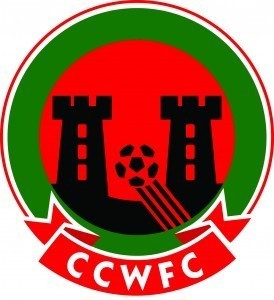 Cork City WFC fell to a defeat to Peamount United in Bishopstown today losing by three goals to one in their ninth Continental Tyres Women’s National League game of the season.

The game started evenly with both sides trying to create chances but not testing either goalkeeper. Peamount had the first chance on six minutes with a free kick into the box but the City defense was able to clear their lines. On 13 minutes Ciara Desmond had a speculative shot which failed to test the goalkeeper. Maggie Duncliffe on 20 minutes had to be alert to intercept a potental counter attack .

City scored the opening goal on 25 minutes. Ciara Desmond put a cross into the Peamount penalty area which was cleared to Lauren Homan who set it up for Megan Kelleher to put it low into the bottom corner from the edge of the penalty area.

City had a great chance to double the advantage on 38 minutes when Ciara Desmond put in a cross for Saorise Noonan but she put her header just wide. City were punished for the miss when two minutes later Peamount equalized when a cross from Lisa Casserly found Amber Barrett whose volley left City goalkeeper Eve Badana with no chance.

City once again came close on 43 when Valerie Mulcahy found Saoirse Noonan who beat a player but was unable to get her shot on target. Then on the verge of half time Peamount took the lead, a swift counter attack which had Heather Payne scored from a very tight angle to make it 2-1 Peamount.

City made a half time substitution with Nathalie O’Brien replacing Kate O’Donovan. The second half began as a cagey affair with both sides struggling to create clear cut chances. Tara Mannix replaced Valerie Mulcahy on 65 minutes. Saoirse Noonan had a shot from the edge of the area shortly after but couldn’t get it on target. While at the other end Badana had to be alert to keep out Amber Barrett. Tara Mannix had a shot from the edge of the box which tested the Peamount goalkeeper on 71.

Tara O’Gorman replaced Megan Kelleher on 71 however on 74 Amber Barrett scored her second with a shot from 25 yards to beat Eve Badana to make it 3-1 Peamount. There was a long delay on 80 minutes with substitute Tara Mannix had to be taken off with an injury leaving City down to 10.

City tried to get back into the game, Peamount goalkeeper Trish Fennelly had to be alert to deny Lauren Homan on 85. On 87 Tara O’Gorman sent a good pass to Saoirse Noonan who was brought down on the edge of the box but the resulting free kick was unable to get past the Peamount wall. Citys final effort came late in injury time when a Lauren Homan free kick cannoned off the Peamount crossbar and it finished 3-1 to Peamount United.

Next up for the Leesiders is a home game vs Kilkenny United WFC on Sunday 20th of November at 2.00pm in Bishopstown.