The local soccer team in Cork is Cork City FC

Every town has its own soccer team, and it’s important to support them, but it’s also important to look at the world stage!

We’re nearing the one-year mark until the 2018 World Cup, and that means that qualifying is well under way. Round one of qualifying will last through October of this year, with the second round to follow in November. After that we’ll really start looking ahead to the action in Russia. It’ll all be happening before we know it.

Lately, qualifying has been going fairly well in Britain and Ireland. Northern Ireland earned a mildly surprising 2-0 win over Norway in the most recent round of matches in late March, Scotland defeated a pesky Slovenian side 1-0, and Ireland held Wales to a scoreless draw. In perhaps the most dramatic match in this round, England won solidly over Lithuania in the aftermath of a terrorist attack in London. As one platform for sports and entertainment predictions noted, the English are about as efficient as anyone at home, and they’ve been taking care of business accordingly in early qualifying.

But we’re about to move into more meaningful stages, and in the case of Ireland a bid to the 2018 World Cup truly seems to be on the line this summer. Ireland sits at second in Group D with 11 points and a real chance to take the group and advance automatically to the Cup. Here’s a look at the next few matches. 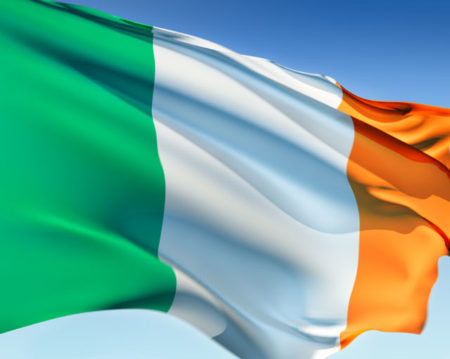 Ireland has already taken care of Austria once this qualifying cycle, and in Vienna no less. However, as the match report might remind you, it wasn’t exactly a dominant showing. In what the report called a “largely forgettable game,” it was a spectacular strike from James McClean that made the difference. For the most part, it played largely like a 0-0 draw. It’s the points that count, but the idea is that these two sides played fairly even football several months ago. Ireland will have the advantage of hosting the second leg, but this could still be a tricky match.

If Ireland can defeat Austria, the Georgia match will provide an opportunity to really establish itself as the class of Group D. This match will be in Georgia, but Ireland should still have a strong chance of grabbing points. This Georgia team has managed only four goals in five matches, allowing eight and failing to secure a win. Serbia will be playing a winnable match against Moldova, but on June 11 they have to host a desperate Wales side, which means it’s conceivable that Ireland could be atop the group tables by this point.

This is the big one. Ireland could stumble at any point, but all eyes will be on this early September match between the two teams that are leading the pack. Both teams look perfectly capable of qualification, and both may ultimately make it through. But this match—in Dublin—could well decide who wins the group and secures an early bid to Russia. Given the 2-2 result in Belgrade, one has to give the Irish a slight edge on home ground.

It’s going to be an exciting summer, and one that could see Irish fans rejoicing soon enough. This round of qualifying won’t completely wrap up until early October but these games will gives us the best idea of who is going to make it through.