The Labour Party will hold a public meeting this evening at 7pm in the Imperial Hotel to discuss the issue of housing in Cork, and around the State.

Speaking ahead of Labour’s housing meeting in Cork, Ciarán Lynch former TD for Cork South Central and Chairperson of the Banking Inquiry commented: 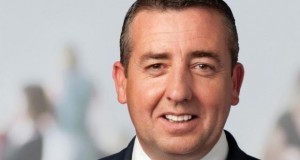 “The housing market will continue to be broken as long a working people on average wages cannot afford to buy an average house. A functioning housing market should enable a person on the average industrial wage to affordably and sustainably buy a home over a period of time that does not mean the entirety of their working lives.

“It is by these measurements that we should define whether the housing market is working or broken. And it also by these measurements that we should design our solutions to solve it. Any proposed remedies involving increased supply and new build will only work if they create a market in which average earners can affordably and sus tainably buy an average house whether it be from existing or new build.

“Further to this, the ongoing decline in homeownership which is now at its lowest rate since 1971, should not just be seen as a direct consequence of the financial crash itself but an inevitable outcome caused over the lengthy period during which the financial crisis was created. During that time there was a failure to recognise the warning sign of the growing costs of average houses in ratio to average incomes. This was a major factor in causing that the last property crisis and as long as this is not addressed the present crisis will continue get worse.’

“Housing is a major priority issue that needs to be addressed now and in a fundamentally different way than before. By publishing our own proposals in December 2016 we have attempted to change the narrative by identifying key principles that wou ld make a substantial change to how we approach public housing provision in Ireland, help reduce the chronic levels of homelessness and the unaffordability of housing for many workers in a way that could work. Taking part in this seminar is another opportunity to help change the conversation to ensure a public housing programme is both achievable and sustainable for future generations.

“It is clear that the private developer model hasn’t worked and expecting it to by repeating the same mistakes is wholly unacceptable. We believe that a Municipal Housing Authority, such as what Cork County Council has recently agreed to pilot, which would develop a programme, pool resources and have direct responsibility for construction and maintenance of mixed tenure public housing, can help resolve this crisis, all whilst staying “off the balance sheet” as required by fiscal rules.

“We have also called for the improved use of voids, reduced turn-around times and the ret ention of public housing stock, to avoid repeating this crisis again into the future. All this whilst ensuring that such a programme will provide more employment and skilled opportunities for workers. We look forward in presenting our proposals in more detail on Monday and engaging in the debate for a progressive way forward in this area”.