SPORT: Three Cork runners will travel to Belfast to compete in Energia 24 Hour Race on Saturday

Excitement is building for the 2017 Energia 24-Hour Race, which will take place on Saturday 1st July in Victoria Park, Belfast.

Three Cork runners are competing this year. Colin Lane from Carrigaline Runners, Alex O’Shea from St Finbarrs and Charlie Byrd from Eagle Athletics Club are all set to try to run as many laps of the race track in a 24 hour period.

This year the event is being run alongside the World 24-Hour Running Championships on 1st July and starts at 12 noon. The entry list includes 74 men and 26 women with ages ranging from 27 to 67 all looking to see how far they can go in that 24-hour period. Entries came in from across the UK and Ireland and from as far away as Australia, France, Hong Kong, Iran, India, South Korea and the USA. 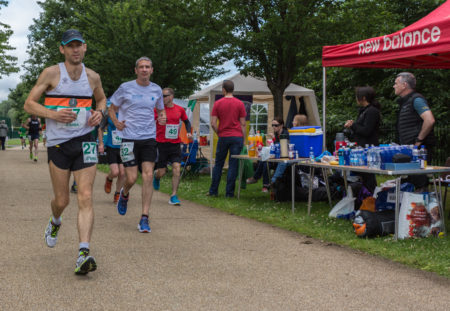 Now in its 8th year, this year’s event sold out in record time in December last. All 100 places were snapped up in under three hours.

Ed Smith, Race Director, commented, “It’s going to be a memorable weekend’s racing in Belfast and hopefully people will come out to support all the runners who are capable of posting some remarkable distances in the 24-hour period.”

“In the 8 years of putting on this race we hadn’t seen anything anywhere near the interest being shown – but we were still surprised at just how quick the places went.”

“The fact that this year’s Energia 24 Hour Race is being run alongside the Schneider Electric 24 Hour World Championships. This means competitors in the 24 Hour Race will be running alongside some of the best ultrarunners on the planet.”

“Perhaps most intriguing of all is the inclusion of South African Johan van der Merwe. Sporting politics meant that South Africa do not send a team to the World Championships.”

“Initially, van der Merwe missed out on an Open Race place but after an anxious time on the waiting list he got the call that he was in last week.”

“Why the intrigue? Well, van der Merwe has a personal best of 258 kms(160 miles) and that is world class and he’ll be anxious to post a big distance and send a clear message back to the selectors in South Africa.”

“Another interesting entrant is Sharon Gayter from Cleveland in England. She is in the Guinness Book of Records for running 517 miles (832 kms) in 7 days on a treadmill! She’ll be searching for a world age-group medal in the 50+ category.”

“The oldest competitor in the field is Dundalk’s Colette O’Hagan, 67, who’ll have an eye on the 65+ age group prize especially now that England’s Anne Bath has had to pull out because of injury.”

“And, keep a watch on Belgium-based Bridget Brady. Last autumn she became only the second Irish woman to finish the grueling Spartathlon in Greece.”

“There are also two former Irish Energia 24 champions in the line-up: Achill’s Donna McLoughlin and Tipperary’s Deirdre Finn who, after she won the title back in 2011, said she would never be back and yet here she is.”

“As always there’s a strong representation from Cork including Carigaline’s Colin Lane, Charlie Byrd from the Eagle AC club and Alex O’Shea from St. Finbarr’s who ran so well last year.”

“Bangor’s Fiona Prue, who won the 12-hour last year, steps up to the “24” for the first time, Iryna Kennedy from Ballynahinch is one of only two people who will have done all 8 Energias and Ian Millgate will be representing the Orangegrove club who’s home is Victoria Park.”

“And, finally spare a thought for Ian McAuley from Newtownabbey. He’s got a special ’24-hour’ tattoo done for the race but he reckons the pain was worth it.”