During the period of March to May 2017 the total number of trips to Ireland increased to almost 2.5 million; an overall increase of 5%, or 113,500 compared to the same period last year. 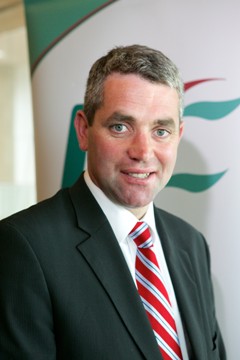 Senator Tim Lombard (Fine Gael) is based outside Carrigaline, Co Cork and represents the views of Cork residents in the Seanad

Senator Tim Lombard said: “Tourism is an industry that reaches all parts of the country, providing jobs and income in both rural and urban areas. Ensuring the sustainability of Ireland’s tourism competitiveness is therefore crucial for long-term economic success.

“In the Budget 2017 two critical measures were maintained; the 9% tourist services VAT rate and 0% air travel tax, both of which are essential components for sustaining the affordability and attractiveness of our tourist offerings.

“In my own backyard of Cork South West, the local economy relies heavily on visitors. Initiatives such as the newly launched Irish Whiskey Tourism Strategy highlight Irish tradition and culture, adding to the historic sites, scenic coastline and natural attractions that Cork in particular is known for.

“I am also supporting a local proposal to include the Seven Heads peninsula into the Wild Atlantic Way, a logical addition to the route which would increase the overall tourist offering and incentive to visit Cork.

“Fine Gael in Government is committed to ensuring that national policies are focused on supporting and developing Ireland’s largest indigenous employment sector, and the figures show this is paying off.

“Overall we have seen growth of more than 3% for the first five-month period of this year, and this on the back of a record performance in 2016. Trips to Ireland from North American residents in particular have seen significant growth, increasing by almost 20%.

“The boost in tourist numbers has benefitted employment as well; recent CSO data shows a 7% increase in employment for that sector in Q1 2017 compared to Q1 2016.

“Sustaining this growth will require continued competitiveness in our tourism industry as well as the promotion of our unique culture and people because let’s face it, visitors come here for the craic.”