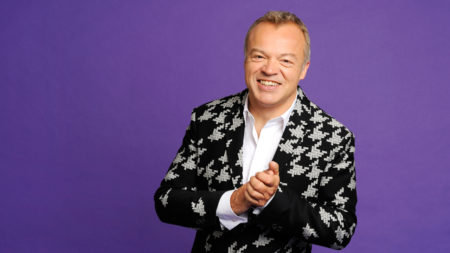 There’s great excitement around Ahakista, West Cork in anticipation of this year’s annual Graham Norton Quiz Night which will be held on Friday the 4th of August. It was announced last week that Graham will be joined this year by our Olympic rowing hero’s, Paul and Gary O’Donovan, who won the nation’s hearts last year when they won silver at the Rio Olympics.  It is not the first time for the ‘pull like a dog’ duo to meet Graham who stole the show when they appeared on his New Year’s Eve special last year and caused quite a stir with their West Cork brogue.

“We are delighted that Paul and Gary are taking time out of their busy schedule to attend the Ahaksita Festival quiz night, they have a huge following so will no doubt be a major attraction” states Eilis Hodnett of Ahakista Community Association. Kids and adults will have the opportunity to meet the popular Skibbereen brothers at the Tin Pub where they will officially open Ahakista August Fest 2017 before they make their way to the festival marquee at Arundels By The Pier’s car park.

Raffle prizes on the quiz night include two tickets to attend the recording of the very popular Graham Norton show, which will be presented by the main man himself! Even the local Parish Priest, Fr Galvin, is getting in on the act by sponsoring a Heavenly 4 course gourmet feast that he will prepare and serve himself and matched with his best wines (and not Alter wine!!). A prize you definitely want to win!

There is a host of activities taking place throughout the August Bank holiday to keep everyone entertained from Road Bowling, Tug of War, Treasure Hunt, guided walk and live music at Heron Gallery and local bars on Saturday.

Sunday will see a fantastic family fun day at The Tin Pub with water activities on what is locally known as the sandy beach.  There will be fun and games for all ages, bouncy castles, BBQ and kids entertainment. There will be live music in the afternoon and evening time in the local bars. To round off the weekend there will be a Fireworks display on Sunday night at 11pm.

The monies raised from the weekend will go towards the ongoing development of amenities on the Ahakista Community Association site.   This is a focal point in the community where all local groups such as Foroige youth club, the Sea Scouts, Ahakista Rowing Club, GAA and many more have a safe, suitable venue to hold their activities and meetings. Ahakista will definitely be the place to be this August Bank Holiday weekend!

All activities can be found on Ahakista Regatta & Festivals Facebook page or email ahakistaquiz@gmail.com or contact Eilis 086 2223531 for further information