ROWING COACH: Dominic Casey honoured as ‘Cork Person of the Month’ for September 2017

The legendary rowing coach, Dominic Casey has been unveiled as Sept. Cork Person of the Month. His name will now go forward for possible selection as ‘Cork Person of the Year’ which will be announced next January.

Dominic Casey’s extraordinary rowing successes are well recognised, particularly by the world governing body for rowing, FISA. Dominic is one of the world’s top rowing coaches with the Olympic Council of Ireland recently describing Dominic as the cornerstone of Skibbereen Rowing Club. 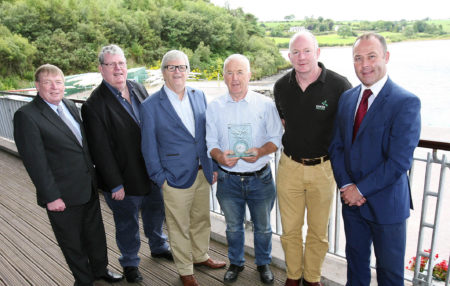 Dominic Casey’s best known teams are Paul and Gary O’Donovan and Shane O’Driscoll and Mark O’Donovan. These teams have won Irish, European, World and Olympic medals between them. In addition, Dominic worked closely with European Silver Medallist, Denise Walsh and has been responsible for hundreds of Skibbereen success stories, with boys and girls teams. Among those successes is Dominic’s daughter, Aoife who won a European silver medal in the Junior Championships.

Following his gold medal win at this year’s European Championships in the Czech Republic, Mark O’Donovan said, “Dominic Casey wanted to make us hungry for the sport, he only made us train once a week, so we’d be hungry. And by God, we had a hunger.”

In a tribute to Dominic, Skibbereen Rowing Club published the following:-

“It may look like there were two rowers in that boat that won silver at the Rio Olympics, but there were three. Dominic Casey rowed every race, went through every training session and felt the heat and the nerves and the pain that comes with rowing a race. He is the man that holds the secret to true rowing success.”

Rowing Ireland CEO, Hamish Adams, paid tribute to Dominic as follows, “if every Club had a champion like Dominic, then Irish rowing would be in a much better place. That’s our challenge, to develop more people like Dominic.”

Irish Rowing has now appointed Dominic Casey to its high performance coaching team and he is currently preparing for many Championships and, of course, the Tokyo Olympics in 2020.

On receiving his Cork Person of the Month Award, Dominic summed up his no nonsense approach to the sport he loves by saying, “it’s all about endurance training, a lot of mileage in the water and keep it as simple as possible.”

As winner of the Sept monthly award, Dominic Casey’s name will go forward, with the other monthly winners, for possible selection as ‘Cork Person of the Year 2017’. The overall winner will be unveiled at a Gala Awards Lunch in mid-January 2018.