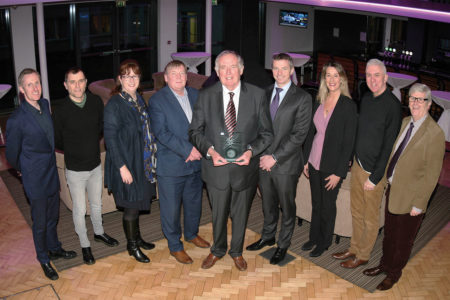 Cork Person of the Year

More than 250 guests will attend the awards ceremony at the Rochestown Park Hotel. The MC is – always an RTE name, Claire Byrne – confirming the continued close connection between the state broadcaster and the awards.

Awards founder and organiser, Mallow native Manus O’Callaghan, said he was proud to say that after 26 years the awards were still going strong.

“With so many worthy nominees in 2018, our judges, Tim Lucy, CEO of Cork County Council; and Ann Doherty, CEO of Cork City Council, will have a particularly difficult job on their hands to pick an overall winner”

Organiser Manus O’Callaghan – who is well admired in Cork social circles – also said that special presentations will be made on the day, perhaps the most notable of these being to Ireland rugby head coach Joe Schmidt, who will join the likes of Michael Flatley and Jeremy Irons as ‘Honorary Corkmen’.

Non Cork based Journalist Fergal Keane OBE will be inducted into The Hall of Fame. Fergal Keane’s Cork connections include attending secondary school at Presentation Brothers College in Cork.

Fergal Keane’s Wikipedia entry says
“[While at Pres] he was encouraged to join the school debating society, and where he won the Provincial Gold Medal for Public Speaking. Today, Keane continues to draw on this experience acting as a public speaker, event chair and after dinner speaker.”

Nationwide producer Eoin Ryan and presenters Mary Kennedy and Anne Cassin will receive an award to mark the programme’s 25th anniversary, again highlighting the close connection between the state broadcaster and the awards.