The Minister of Agriculture, Food and the Marine, Cork based Michael Creed T.D., today reminded farmers of deadline for applications under the recently launch of the Beef Environmental Efficiency Pilot (BEEP). Applications for the scheme, which has a funding provision of €20m, will be accepted up to and including next Friday 22 February. Applications can be made on line at www.agfood.ie. Alternatively paper application forms are available from DAFM, phone 076 1064420 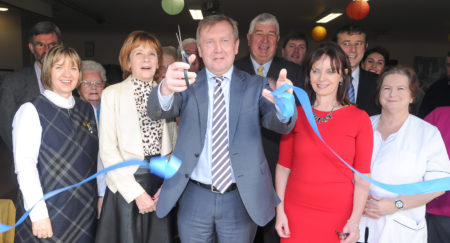 Recent photo of Michael Creed TD, Minister for Agriculture, Food and The Marine at a separate event in Cork. The opening of an extension to Westgate, Ballincollig
Picture: David Keane

The one year pilot scheme was announced as part of budget 2019 in October 2018 as a method of supporting the suckler cow, through a payment of up to €40/calf once weights of the live calf and it’s dam are recorded and submitted to ICBF as per the terms and conditions of the pilot.

When launching the scheme on 30 January, the Minister said; “The Beef Environmental Efficiency Pilot (BEEP) – is a targeted support for suckler farmers and is specifically aimed at further improving the economic and environmental efficiency of beef production. This is done by measuring the weaning efficiency of suckler cows”.

Today he said; “I would encourage all beef farmers to apply for this scheme before the deadline of next Friday. The application form is very straightforward – a simple indication of intent to supply weights. By participating in the scheme, you will get clear detailed feedback on the performance of individual animals in your herd, allowing you to identify your most productive cows”.