With the Irish rugby team preparing to face France on Sunday, the organisers of the 30th Cork French Film Festival will be preparing to bring the curtain down on a hugely successful event on the same day. 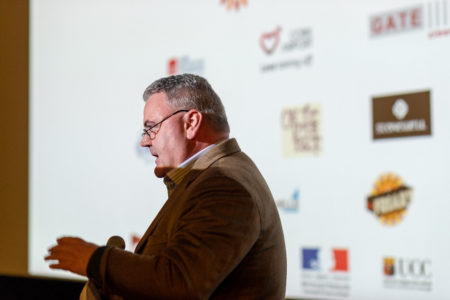 The Cork French Film Festival kicked off in style last weekend with a sold-out showing of ‘La Grand Bain’. Over the week 20 films will have been shown and the Festival will come to a close this Sunday.

On Sunday Cork will welcome a very special guest when the Director of Memoir Of War (La Douleur), Emmanuel Finkiel will do a Q&A at the Gate Cinema after the movie is screened at 4.30pm. Emmanuel Finkel is a Cesar Award winning director. The post-screening Q&A will be run in partnership with UCC Department of French and will be hosted by Dr Mary Noonan.

Also on Saturday there will be a French Party Night at the Friary Bar on Shandon Street which kicks off at 8.30pm. Organisers say that attendees will be able to “taste the best French food delicacies such as the iconic Jambon-Beurre”.

Directeur of Alliance Française de Cork, Jean-Christophe Trentinella said: “We have had a fantastic week celebrating 30 years of this wonderful festival in Cork and I am so proud of what we have achieved. The team has worked so hard over the week to make this a fantastic festival. This is the longest running French Film Festival in Ireland and it continues to go from strength to strength, thanks to the wonderful support of the people and businesses in Cork.”

The closing film this Sunday is Cyrano de Bergerac which stars Gérard Depardieu, a romantic poet cursed by an impossibly large nose. This version is a newly restored print of the original classic film. Over the week the movies were shown at The Gate Cinema.

The theme of this year’s festival was “Ensemble” (Together) and organisers say having this theme helped to explore the various ways in which we are interconnected, in which we try to address life’s challenges and make sense of life together in this era of uncertainty. Throughout the week there was series of film screenings for schools and also a number of family screenings. There were also some panel discussions and food events.