To those outside of Cork the name “North Main Street” may suggest that the street in question is the Northern half of the Main Street. But, alas, in Cork City the Main thoroughfare is actually the nearby Patrick’s Street.

Yet, in the earlier years of the City North Main Street (and the shorter South Main Street) were indeed at the centre of things. Today it sadly suffers from dereliction, but there was good news today as Cork and London based property development company BMOR, announced their intention to lodge plans for a mixed-use development, “supporting the regeneration of Cork City’s most historic street.”


Above: Google Streetview which – at the time of publication – shows a vacant lot

The proposed €25 million euro mixed-use scheme on North Main Street comprising of a 280-bed student accommodation facility and 2 retail units would also include a gym, laundry facilities, a study, a library, communal working areas, and a landscaped external courtyard.

Key features of this proposal include the planned restoration of Coleman’s Lane which, since medieval times has provided direct access between North Main Street and Grattan Street and, the development of a pocket park, which will be accessible to the general public. 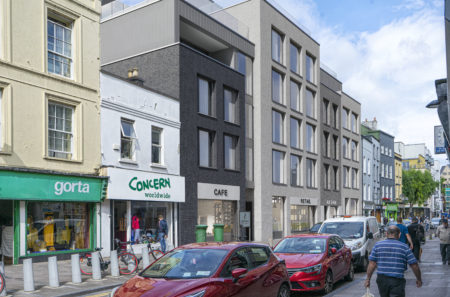 Computer generated view of front of the proposed development, the developers website estimates a completion date of September 2022, subject – naturally – to approval and other variables

Located in the historic heart of the city, the proposed scheme showcases BMOR’s strong commitment to the continuing development of Cork and it will undoubtedly serve as a key contributor to the much-needed regeneration of North Main Street.

“As a Cork native, it gives me great pleasure and pride to present our ambitious plans for Cork City. The scheme, designed by O’Mahony Pike Architects, balances the rich heritage of North Main Street with sleek, innovative, and contemporary design. We believe this project will help to kick start the exciting redevelopment plans envisaged for this part of the city.”

“Despite all that has transpired with the COVID-19 pandemic, we at BMOR have continued to forge ahead with this and other projects in the Cork area. We are confident that this project will not only breathe new life into one of the city’s most historic areas, but that the increased footfall generated as a result of the development will also benefit the existing neighbouring businesses and encourage an influx of new business to North Main street and its surrounding areas. We also envisage that this project will reignite the appetite of up and coming working professionals to consider city centre living in Cork.”

“With the assistance of Cork City Council, who have been very supportive of this regeneration initiative since it was initially presented to them, we fully intend to proceed promptly with this venture upon receipt of planning permission.”

The developers are finalising negotiations with several Cork-based building contractors to undertake the construction of this project which is expected to generate in the region of 150 construction jobs. Following the completion of the North Main Street development, a further 30 permanent job positions will also be created. 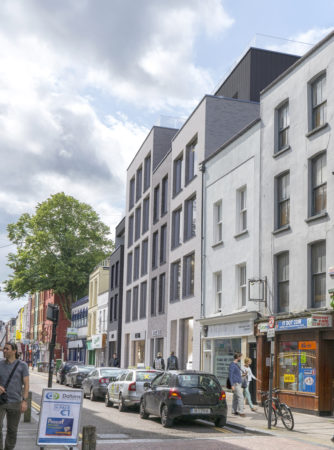 Computer generated view of front of the proposed development 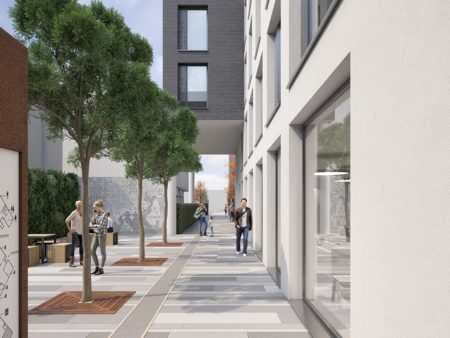 Pronounced as “Be More” the firm has opened an office on the South Mall. BMOR have stated that one of their goals is to help regenerate Cork city and County Cork by embarking on number of other developments; the first of which is a 43-house residential development in Killeens, where construction will commence once the COVID-19 lockdown is lifted.