A Cork company has raised $18 million in funding

By TheCork.ie on 4th June, 2020Comments Off on A Cork company has raised $18 million in funding

Keelvar is a spinout from University College Cork, Ireland

A Cork-based company called Keelvar has raised $18 million in Series A funding led by Elephant and Mosaic Ventures with participation from Paua Ventures.

The investment will support Keelvar’s expansion plans for Europe and the US, amid the rapidly-growing need for supply chain automation solutions, which has been further accelerated by the recent COVID-19 pandemic.

Keelvar currently manages over $90bn in spend annually for enterprises in all major industries. Customers include blue chip companies such as Siemens, Coca-Cola, Novartis, BMW and Samsung. This latest funding will enable the company to further expand into enterprise markets while significantly increasing investment in developing its core technologies and solutions.

With COVID-19 disrupting supply chains globally, Keelvar expects the requirement for Sourcing Automation to further increase as organizations adapt to the changing economic landscape. The company believes its AI-based technology can provide a scalable solution for large enterprises that are reliant on diverse global supply chains.

Commenting on the Series A announcement, Alan Holland, CEO of Keelvar said: 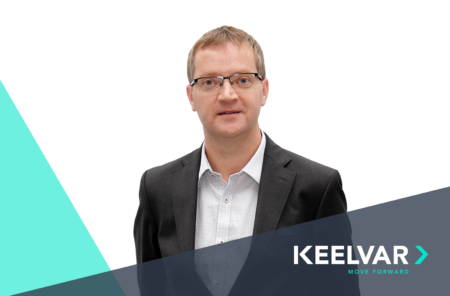 “The Future of Work in procurement is changing quickly, with COVID19 acting as a catalyst. We have witnessed an escalation in demand from enterprises seeking intelligent systems to automate complex processes as teams became overburdened with disrupted supply chains. Keelvar has proven that Sourcing Bots can relieve that burden enormously. Now it’s time to hit the accelerator and scale up.”

“We know that humans are better than machines at many things that require empathy, compassion and understanding. That said, when it comes to sourcing, automation for more mundane tactical buying frees personnel up to focus on strategic tasks such as innovation management and risk assessment.”

“As a key enabler for automation in procurement, we’ve experienced tremendous growth in the last year and we see that continuing at an even faster pace given the current situation. This investment will allow us to build greater capacity to deal with this surge in demand for Keelvar’s software. We are hiring for numerous roles.”

Speaking about the investment, Peter Fallon, Partner at Elephant noted:

“Keelvar’s sourcing optimization and automation software delivers meaningful ROI to enterprise sourcing and procurement organizations globally. We are excited to partner with Alan Holland and the team at Keelvar as the company continues to emerge as a leader in this market.”

The potential for digital procurement is enormous. Private sector companies alone spend trillions annually buying from third-party suppliers. External sourcing is usually the largest expense category and on average it is 43% of total costs (Bain & Company). Keelvar, as the category leader of Sourcing Automation, is well positioned to capitalize on a surging global procurement software market, currently growing at a CAGR of 9.1%, and expected to reach $7.3 billion by 2022 (IDC).

Speaking about the funding, Toby Coppel, co-founder and Partner at Mosaic Ventures said:

“Keelvar is a brilliant example of machine learning in action, giving superpower to procurement teams in every large enterprise. With COVID-19 pushing businesses to embrace these new technologies, we’re excited to partner with Keelvar on the next phase of growth.”

Keelvar will further expand its R&D, a core strength of the company given its origins as a spinout from University College Cork, Ireland. The funds will also be used to cement its category leadership position in Sourcing Automation. New roles will be filled in engineering, artificial intelligence/machine learning, product development, professional services, design, sales and marketing.

Elephant Partners is a venture capital firm focused on the enterprise software, consumer internet and mobile markets. The firm was founded in 2015 with offices in Boston and New York.

Mosaic Ventures is a Silicon Valley-style venture capital firm based in London, focused on Series A.  They have raised $300 million across two funds to invest in founding teams that are fundamentally reshaping big markets. Their partners have 30+ years of experience investing on both sides of the Atlantic. In that time, they have invested across 12 countries in over 70 companies that together have created over $400 billion of value. They also bring extensive operating experience at leading West Coast startups.‍

Paua Ventures is a Berlin-based venture capital firm. Established in 2010 and funded only with management money, Paua has built its way up to become a leading tech investor in Berlin. Paua invests in European early-stage B2B Software companies, acting both as lead or co-lead investor.