The Lord Mayor of Cork, Cllr John Sheehan today officially opened 81 new homes across the city while also unveiling plaques to mark the laying of foundation stones for a further 220 homes which are being constructed at three sites over the coming months.

71 new homes were opened at Cork City Council’s Northwest Quarter Regeneration at Knocknaheeny and at another Cork City Council project at Blarney Street.  Another 10 more homes, which were developed by the Respond Housing Association, were officially opened by the Lord Mayor on Dublin Street in Blackpool.

In addition, the Lord Mayor unveiled plaques marking the foundation stones for two more Respond Housing Association developments at Redforge Road and Thomas Davis Street in Blackpool. A third plaque was unveiled on a Thomas Davis Street scheme to mark the foundation stone for a 112-unit scheme to be developed by Clúid in partnership with Cork City Council. 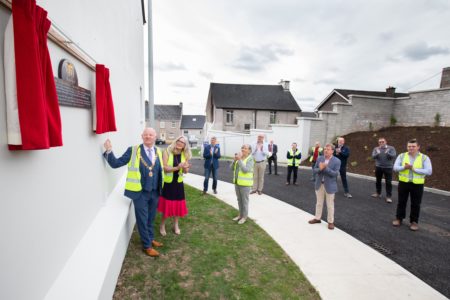 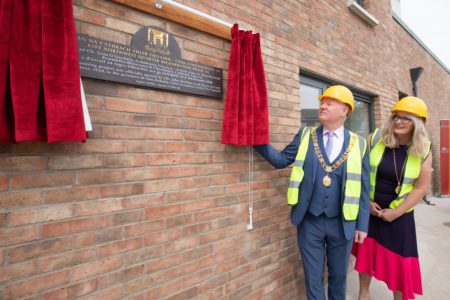 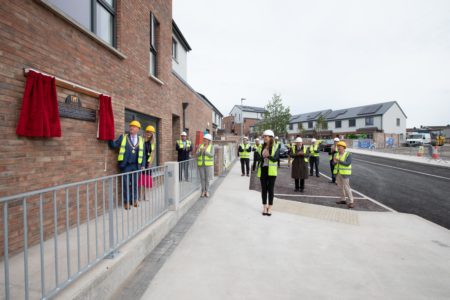 The Lord Mayor said: “It gives me great pleasure and pride as Lord Mayor of Cork City to be able to open so many new homes and mark the commencement of so many more right across the City, especially at this defining time in our history and for the first year of our expanded City. I wish to thank everybody involved for their support in getting these critical projects off the ground and may all the families involved enjoy their new homes and communities. This is a great day”.

Cork City Council Assistant Chief Executive, Brian Geaney said: “Housing has always been at the forefront of the City Council’s objectives but particularly now as we experience unprecedented growth in the City which is quickly becoming the go-to destination. So, despite the recent difficulties of the pandemic and necessary restrictions our housing delivery programme under Rebuilding Ireland is still very much on track. I would like to acknowledge the efforts of all stakeholders involved and look forward to more busy times ahead”. 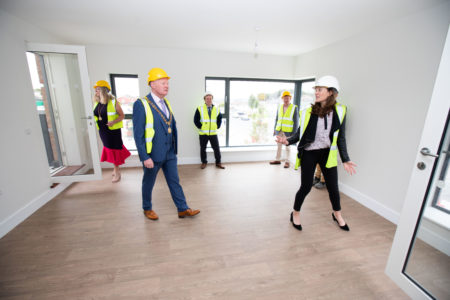 Mairéad Power, Architect City Council with The Lord Mayor, Cllr John Sheehan at the at Harbour View Road site in Knocknaheeny officially opening 81 new homes at three sites across Cork city while also unveiling plaques to mark the laying of foundation stones for a further 220 homes which are being constructed at three more sites in the city over the coming months.
Picture Darragh Kane 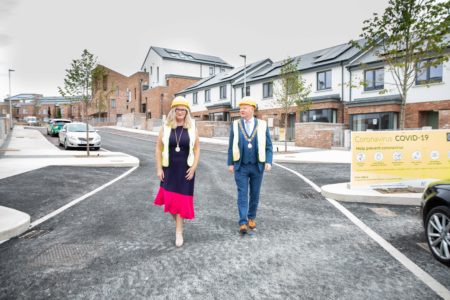 The Lord Mayor, Cllr John Sheehan with his wife Aedamar at the at Harbour View Road site in Knocknaheeny.
Picture Darragh Kane