Ports and shipping the focus of Oceans of Learning series 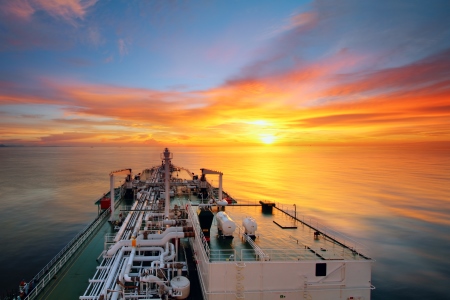 The importance of Ireland’s ports and shipping services are the focus of this months Oceans of Learning series. The Marine Institute and partners are celebrating our world’s shared ocean and our connection to the sea in a 10-week series, sharing news and offering online interactive activities, videos and downloadable resources on a new marine topic each week.

As an island nation, Ireland is dependent on ports and shipping services to transport goods and 90% of our trade is moved though Irish ports. Shipping and maritime transport services make a significant contribution to Ireland’s ocean economy, with the sector generating €2.3 billion in turnover and employing over 5,000 people in 2018.

Ireland’s maritime industry continues to grow and progress each year with Irish ports and shipping companies making significant investments. The ports sector in Ireland is currently undergoing a number of expansions and developments with Dublin Port’s Alexandra Basin development, the development of Ringaskiddy in Cork by Port of Cork and the development of Shannon Foynes Port. Along with these major investments, shipping companies are also investing heavily in new tonnage, with Irish Ferries, CLdN and Stena leading new build programmes.

Dublin Port Company is currently investing about €277 million on its Alexandra Basin Redevelopment (ABR), which is due to be complete by 2021. The redevelopment will improve the port’s capacity for large ships by deepening and lengthening 3km of its 7km of berths. The ABR is part of a €1bn capital programme up to 2028, which will also include initial work on the Dublin Port’s MP2 Project – a major capital development project proposal for works within the existing port lands in the north eastern part of the port.

Dublin Port has also recently secured planning approval for the development of the next phase of its inland port near Dublin Airport. The latest stage of the inland port will include a site with capacity to store more than 2,000 shipping containers and infrastructure such as an ESB substation, an office building and gantry crane.

Dublin Port Company recently submitted a planning application for a €320 million project that aims to provide significant additional capacity at the facility within the port in order to cope with increases in trade up to 2040. The scheme will see a new roll-on/roll-off jetty built to handle ferries of up to 240 metres in length, as well as the redevelopment of an oil berth into a deep-water container berth.

The Port of Cork are investing €80 million in a container terminal development in Ringaskiddy. The Cork Container Terminal will initially offer a 360 metre quay with 13 metre depth alongside and will enable larger ships to berth in the port. The development also includes the construction of a 13.5 hectare terminal and associated buildings as well as two ship to shore gantry cranes and container handling equipment.

The development of new container handling facilities at Ringaskiddy was identified in the Port of Cork’s Strategic Development Plan in 2010. It will accommodate current and future container shipping which can be serviced by modern and efficient cargo handling equipment with innovative terminal operating and vehicle booking systems. The Port of Cork anticipates that Cork Container Terminal will be operational in 2020. Speaking of Cork; Shipping Ferries such as Ogma provides container shipping services from Cork to Zeebrugge and Cork to Antwerp, Belgium.

Shannon Foynes Port (SFPC) are investing in an unprecedented expansion at its general cargo terminal, Foynes, adding over two-thirds the size of its existing area. In the latest phase of a €64 million investment programme, SFPC is investing over €20 million in enabling works alone to convert 83 acres on the east side of the existing port into a landbank for marine related industry, port-centric logistics and associated infrastructure. The project, which will be developed on a phased basis over the next five years, will require the biggest infrastructure works programme ever undertaken at the port, with the entire 83 acre landbank having to be raised by 4.4 metres. The programme will also require the provision of new internal roads and multiple bridge access as well as roundabout access.

Liam Lacey, Director of the Marine Institute’s Irish Maritime Development Office (IMDO) said, “The Irish maritime industry can look to the future with confidence. It has shown itself to be resilient and agile in responding to challenges. Over the past decade, it has had to respond to the challenges of the financial crisis of 2008, the uncertainty surrounding Brexit and recent challenges. Ireland’s maritime sector has continued to underpin our economy by maintaining vital shipping links for both trade and tourism.”

For more information on Oceans of Learning, visit www.marine.ie