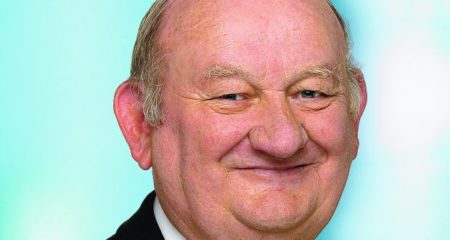 The Leader of Fine Gael, An Tánaiste Leo Varadkar TD, has today expressed his sincere condolences to the family and friends of PJ Sheehan, former Fine Gael TD for Cork South West, on the sad news of his death.

“I am saddened to hear of the death of PJ Sheehan today, especially as it comes so soon after the death of his beloved wife Frances.

“PJ was a stalwart of West Cork Fine Gael.

“Elected to the Dáil in 1981, he served the people of Cork South West in our national parliament for 21 straight years, and he was delighted to later win back the seat in 2007. He spent much of the period when he was out of the Dáil continuing his commitment to public service through his work as a local Councillor.

“I served alongside Paddy between 2007-11. Our offices were on the same floor and I got to know him and Frances well. He was a wonderful character the likes of whom we will not see again. I only spoke to him last week to offer my condolences on her passing. They are together again.

“PJ was a hugely popular politician in West Cork and I know he will be widely missed.

“My condolences go to PJ’s family and friends at this very difficult time.

Meanwhile Former Taoiseach and Fine Gael TD John Bruton said, “Paddy was a Fine Gael public representative in West Cork from 1967 to 2011 and was a long-time colleague and friend.

“Paddy lost his wife, Frances, only last week. This was a huge blow because Frances was central to every aspect of Paddy’s life. Although he bore this loss with great fortitude, it must have taken a great toll.

“He contested the General Elections of 1969, 1973 and 1977 without success, but he persisted and was elected to the Dáil in 1981. In so doing, he won a second seat for Fine Gael in South West Cork, an immense achievement in a 3 seat constituency.

“He held the seat, with one interval, until his retirement from politics in 2011.

“Paddy was a great advocate of the interests of rural Ireland and especially of those who lived on the western seaboard. He was in constant contact with his electorate, running in Goleen what is now the only surviving general store and supermarket on the Mizen peninsula.

“His journey to Dáil Éireann each week was longer than that of almost every other TD, but he made himself heard in the Dáil Chamber frequently and strongly.

“He had a great sense of humour and was beloved across all political divisions.

“On behalf of all my family, I extend heartfelt sympathy to, his children, Diarmuid, Deirdre, Eucharia and Maebh in the huge double bereavement they are suffering,” Mr Bruton concluded.

Meanwhile, West Cork Senator Tim Lombard has described the deceased as “a true servant to the people”.

Sad news today, the mighty & great Paddy Sheehan has passed away this morning. A true servant to the people. One of the finest public representatives West Cork ever had. A privilege to serve with him. RIP Paddy Sheehan pic.twitter.com/WHsBNFfTOD