The Minister of State at the Office of Public Works (with responsibility for Flood Relief), Patrick O’Donovan TD visited West Cork today to meet with those affected by the recent floods and with Council officials in order to discuss plans for these areas.

“It is only when you see the damage first hand that you can fully appreciate the devastation the recent severe weather has brought to communities in Connonagh, Dunmanway and Rosscarbery. I have met with officials in Cork County Council, my own OPW Officials and the many residents and business owners who have been dealing with this terrible situation for the last week.”

Cork County Council has worked in close partnership with the Office of Public Works for many years on various major flood relief schemes across the county – with Skibbereen, Mallow and Fermoy completed, Bandon substantially complete and the works at Clonakilty in the final stages of construction.

“It has been extremely challenging for the communities that have been impacted by the recent flooding in the region. Following this exceptionally high localised rainfall over a short number of days, Cork County Council crews have worked relentlessly to assist and protect local residents and business, while carrying out emergency repair works for the safety of all road users. We are now assessing the significant impact of these flood events, to allow us to chart a clear and accurate plan for remediation. Cork County Council appreciates the support given by both the OPW and TII to assist us in repairing the damage and in taking actions to alleviate the possibility of future flood events in the area.” 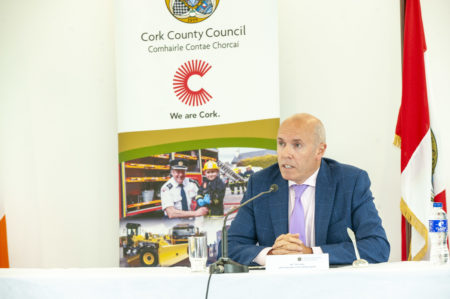 “The extent of the damage to the road network and infrastructure needs to be carefully examined by the relevant professionals and I would like to assure the communities affected that funding will be made available to deal with the aftermath of this destruction. My Office also manages a Minor Flood Mitigation Works Scheme – to provide funding to local authorities for small, localised schemes in areas impacted by river and coastal flooding – over €39m has been provided since the Scheme started in 2009. I would encourage the Council to avail of this Scheme where possible to benefit these areas. However, I will also report back to my Ministerial colleagues in Government on the overall picture here in Cork and every effort will be made by those other Departments to step in and provide the necessary financial resources to the Council. I would like to reassure the communities affected that this will be done and it will be done as quickly and efficiently as possible”. 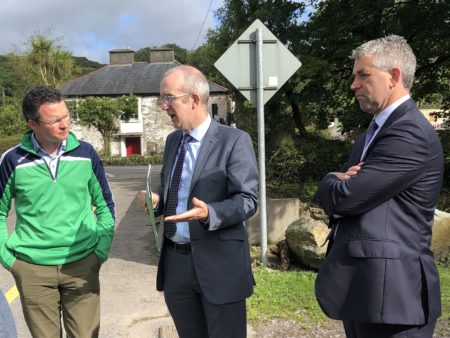 Emergency flood repair work underway at Roury Bridge on R597 Rosscarbery to Glandore #westCork as the community braces itself for a week of more heavy & thunderous rain. @rtenews pic.twitter.com/TjjI9h1uSb

We have not learned from the past.
This is the road into Ratbarry village, West Cork this morning. In 2012 it was completely washed away by flood water. Just over 8 years later it’s happened again. Similar scenes in Rosscarbery and Owenahincha. @MichealMartinTD @mmcgrathtd pic.twitter.com/w57LTKWcYT