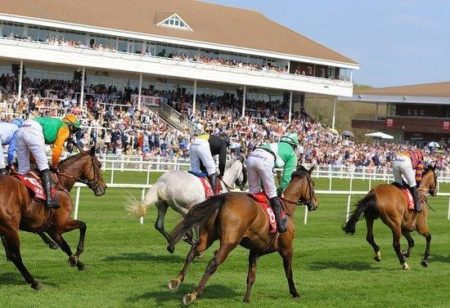 As we approach the end of the flat season in Ireland there is plenty of horse racing action coming up which will catch the attention of the racing public and sports bettors alike. Unfortunately, there are no racegoers allowed at racecourses, but the action can still be viewed by TV and bet and watch on Sportsbook websites.

The Curragh is set to host one of the final meetings of the flat season in a couple of weeks and be sure the top Irish flat trainers will look at this to run a few of their two-year-olds with a view to the key ‘Classic’ races in 2021.

Cork is one of the top racecourses in Ireland and has a couple of race days coming up. Recently Cork has hosted a few race days and a few 2-year-old horses have been the ones to watch as well as a few veteran horses win well. As well as Aiden O’Brien, Jim Bolger and Dermot Weld are regularly running their horses at Cork and have been in the winners’ enclosure a few times.

One key race to keep an eye on at Cork is the Paddy Power Cork National. This race is likely to attract a number of top horses and has a history of being a really competitive race.

Cork is one of the few horse racing tracks that also boasts a jump course as well as flat racing so it won’t be long before the best Irish raiders come out and are given a run at Cork’s fences.

Unfortunately, it looks likely that the first few meeting at Cork will not be able to have racegoers in attendance, but there is plenty of hope that it won’t be too long before the stands are full as this makes the spectacle of racing so much better.

The top Irish Jumps trainers will be looking at the Jump meetings at Cork to run their main horses in stable and with Cheltenham 2021 in their sights it’s always good to get them out early in the season. Looking at the top trainers in more detail two of them really stand out. Willie Mullins and Gordon Elliott are the shining lights of Irish jump racing and have trained plenty of big race winners both in Ireland and in England at the major festivals.

Looking at a few of the horses who could be selected to run at Cork there is Al Boum Photo. This super chaser has had a super record of late and will be aiming for another top performance in the Gold Cup at Cheltenham in 2021.

Kemboy is a similar type of hose to Al Boum Photo, a horse that is one of the best chasers in training. Although not as successful, Kemboy does boast some top race wins and could well be one to watch this season.

Finally, Footpad is one of Willie Mullins top horses over hurdles. This horse has had a super record in 2019/2020 jump season jump season and could well run at Cork in the coming months.

Now turning attention to Gordon Elliott and Envoi Allen won the Novices’ Hurdle at Cheltenham this year and will be aiming for another win in 2021. This young horse has plenty of stamina to claim another top prize.

One final horse to mention is Aramax who won the Fred Winter Hurdle at Cheltenham and will need a few runs across Irish jump season coming up to be aimed at winning in 2021 at the Festival.