€140,000 of Suspected Cannabis Seized as part of Multi-Agency Operation in Cork and Dublin

Five locations in Bantry and one in Dublin were searched in connection with the suspected importation, processing, and commercial sale of synthetic substances and controlled drugs. This operation is related to similar operations conducted in Bantry in January 2020.

As part of today’s operation two men, aged in their 20s, were arrested for suspected offences under the Misuse of Drugs Act and are currently detained under the provisions of Section 2 Criminal Justice (Drug Trafficking) Act 1996, at Bantry Garda Station.

Searches today have resulted in the seizure of approximately 7 kilos of suspected cannabis valued at approximately €140,000 (subject to analysis). In addition a significant but as of yet unspecified amount of synthetic/psychoactive material has also been seized. 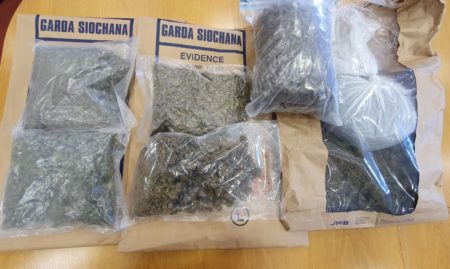