PayPal Becomes the Latest Firm to Join the Crypto Revolution

PayPal has over 3 million users and over 20 million merchants, which is just a handful more than the English Market, we reckon. To date, it’s the 21st biggest ‘bank’ (by deposits). This mega-company has now announced its plans to integrate cryptocurrencies. The move will allow wallet owners to sell, buy, and hold their cryptos with PayPal.

Many digital currency owners will be able to spend their cash at any of the millions of PayPal merchants as of 2021. These include eCommerce shops and online casinos supporting PayPal as a payment method. 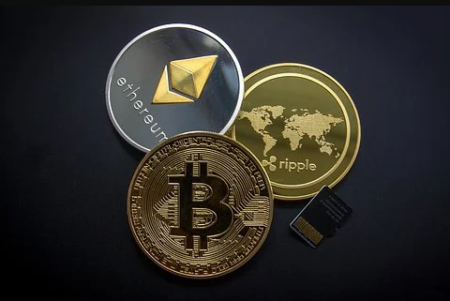 Planning for the Future

PayPal hopes that by incorporating digital currency, it will encourage its worldwide growth. The expansion aims to prepare the firm for what it believes to be an inevitable future. It predicts that virtual coin usage will take over fiat currency sooner rather than later and is hedging its bets accordingly.

According to PayPal, having more coins under the care of banks will allow financial accessibility and inclusion. It’ll also bring an increase in efficiency, and payment systems will be more resilient.

Since Bitcoin was created in 2008, cryptocurrency has become famous for both good and bad reasons.

Cryptocurrency trading is often described as the Wild West of currency for many reasons. For instance, coins can be famously unstable in value. It’s also believed that crypto plays a part in black market trading due to its anonymity. These are just two of the reasons why it hasn’t gone mainstream yet, as we thought it would.

However, the blockchain technology underpinning it boasts many advantages. As a result, it has led to a proliferation of other digital currencies.

The Wild West days look to be coming to an end. PayPal’s announcement follows on from Ternio and Visa’s recent collaboration with crypto companies. As more prominent names utilize digital currencies, they will increase their control over the markets. Additionally, these corporations will set out strict regulations for mainstream accessibility.

Only time will tell when crypto will move from being a niche product to the norm. These big names in the business are preparing for the future and supporting the digital revolution.