The first prototype mobile phone was created by Martin Cooper (Motorola Founder), and weighed an impressive 2 ½ pounds, a little less than half of a newborn baby.  The world’s first smartphone, Simon, was created by a company called IBM and featured a touchscreen, email capability and built-in apps such as a calculator and sketch pad. However, it only had a battery life of about an hour and wasn’t very popular, selling an estimate of 50,000 units. That was 26 years ago, and today’s smartphones have access to millions of diverse apps, weigh an average of 150g, and are capable of allowing people to gamble from anywhere. This wasn’t always the case though. Personal computers entered the mainstream market in the early 1990s, and by 1994, Gaming Club, the first online casino was launched. This was the only way to access online casinos, which led to over 200 online casinos launching by the early 2000s. But now the online gambling market is worth $66.7 billion, due the exponential advancements in technology, the accessibility of online casinos and availability of smartphones at affordable prices around the globe.

The Rise of Smartphone Gambling

An estimated 1.6 billion people in the world gamble, and of that number, 50% used their smartphones to do it last year. That is up by 1% from 2019, which shows that gambling via smartphones is becoming increasingly popular, which begs the question ‘why?’. To talk about smartphone gambling is to talk about online gambling via personal computers. This is because todays smartphones are as powerful as the average personal computer. Smartphone-based casinos are able to replicate online casinos which makes using the smartphone to gamble extremely convenient. Japan-101 have gone through the trouble of reviewing a bunch of smartphone-compatible casinos sites that you can see here.

In the UK alone, more than 90% of age groups younger than 55 own a smartphone. In 2018, only 18% of people in a survey gambled once during the year, compared to 21% in 2019. Another factor that seems to influence the popularity of smartphone/online gambling is Covid-19. Australia, who was the biggest gambling nation in 2015, saw a sharp 67% increase in online gambling at the beginning of this year between the 30th March and 5th April. These findings are mirrored in Israeli, with an increase of 225% people playing poker online for the very first time. Recent data from the UK shows that an interest in online casinos is as high as they have ever been.

The Advantages of Smartphone Gambling Over Online Casinos

Why did 50% of gamblers in the world use their smartphone instead of a personal computer to gamble? The smartphone has a few advantages over online casinos. 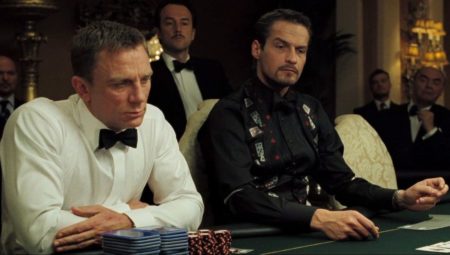 Mentions of the word ‘Casino’ often conjure up images of James Bond, but with an online casino, you do not need to wear a Tuxedo!

The first advantage is that smartphones are portable and can be carried anywhere. This means that slots, for example, can be played while waiting for the bus, or while getting a quick cup of coffee at a restaurant during a lunch break, or in bed. Almost everyone has a smartphone, and most casino apps don’t require the best specifications to run so it would be cheaper to buy a very affordable smartphone than a computer or laptop which will cost more.

Playing on a laptop or desktop computer requires an internet connection. Unfortunately, the faster the speed, the more expensive the data plan, however 4G provides fast enough speed to play any smartphone casino game, and even better, 5G is now slowly advancing to Europe.

With developers such as Microgaming, Evolution Gaming and NetEnt, it is easy to see why there are thousands of mobile games available. Combine the abundance of touch responsive smartphone games with the quality of games that are on par with online casinos, and it is not surprising why more and more people are using smartphones.

Experts say that smartphone gambling is still on the rise. With thousands of games to choose from, state of the art 3D visuals, touch-responsive controls and internet speeds that allow any online casino game to be played, it’s not difficult to understand why smartphone gambling is becoming increasingly popular. It will be interesting to see if these figures continue to climb after the pandemic is over, how many people will return to real casinos, and how much the pandemic adds to the popularity. But one thing is for certain, smartphone gambling is here to stay.