A fantastic feast of racing is in store at Fairyhouse on Sunday with three Grade 1 races, an eagerly-awaited and enhanced-value Porterstown Chase, some real quality throughout the card and some star names on show. The only downside is that punters can’t actually be there to see all the stars in the flesh.

The BARONERACING.COM Drinmore Chase has been dominated by Gordon Elliott over the past ten years, the trainer winning the race for the first time in 2010 with Jessie’s Dream, this being the first Grade 1 victory of Elliott’s career. He has since won this race a further four times and he certainly dominates ahead of the 2020 renewal. Indeed, he would dominate the preamble for this year’s running even if he were to run just Envoi Allen.

Envoi Allen has been hitting the headlines since he triumphed for Colin Bowe in his point-to-point back in February 2018, the Cheveley Park stud having never been beaten with ten wins from ten runs. Under Jamie Codd he won his first four bumpers and he was first past the post in his four hurdle races under Davy Russell last season, this run including the Ballymore Novices’ Hurdle at Cheltenham and the Royal Bond Hurdle.

Under rules, he has been favourite in all nine outings and the bookmakers have had him as odds-on in all-but-one of these. Indeed, last month he was sent off at 1/14 at Down Royal and he won just like a 1/14 shot would be expected to. It would be hard to envisage a more exciting National Hunt racehorse and we are thoroughly looking forward to seeing him in action on Sunday. 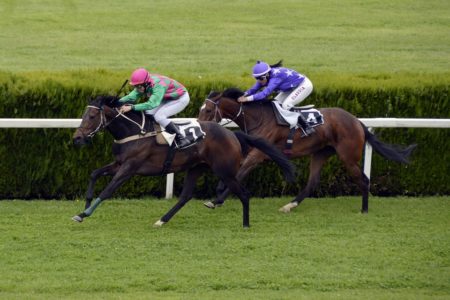 Perhaps his biggest dangers in this race are to be found closer to home. Andy Dufresne was beaten twice last season over hurdles, however, the JP McManus runner was looking good when winning his beginners’ chase last month at Wexford and the bigger obstacles could prove to be his making.

In the Ballymore Novices’ Hurdle at Cheltenham Festival earlier this year, Easywork chased Envoi Allen home and the Gigginstown runner stayed impressively when beating Embittered on his way to winning his beginners’ chase earlier this month at Navan over two miles. He will be expected to progress from that run and the step up to two and a half miles with fences should be well within his capabilities.

Embittered may be up against Easywork again, the Joseph O’Brien horse running a big race in the Cheltenham County Hurdle at the festival in March, proving to be the best of the horses who ran prominently. He could be joined in this race by stable companions Home By The Lee, two for two over fences, and Assemble, who won his beginners’ chase at Fairyhouse last week.

Visit Bettingsites.ie and find all the very best odds and offers ahead of the weekend action at Fairyhouse.