Pastimes the Irish are most famous for 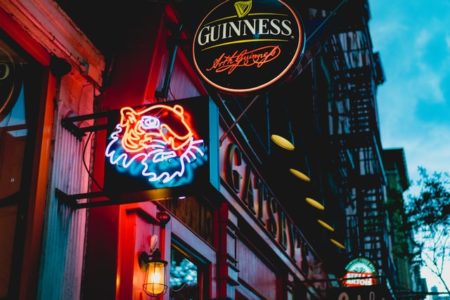 Photo by Dan Gold on Unsplash

Ireland has a vibrant cultural history, dating back thousands of years. Plenty of ancient myths and legends have sprung from its verdant shores, as well as writers, sports stars and actors in modern times. If you ever find yourself in a live casino, you see the vibrating nature of Irishmen with your own eyes. It is safe to say the Irish have their fair share of pastimes that comprise this rich cultural tapestry. Here we explore some of its most famous.

Ireland boasts a rich sporting history. It excels at mainstream sports such as rugby, football, golf snooker and horse racing, as well as native sports like hurling, Gaelic football and camogie. Recent successes have included Rory Mcilroy being ranked the world’s number one golfer and boxer Katie Taylor becoming the undisputed world lightweight champion. The rest of the world knows that when Ireland turn up they’ll be treated to a game fuelled with passion and good spirit.

It seems like you can’t go anywhere in the world and there not be an Irish pub. St Patrick’s day is celebrated worldwide and epitomises this Irish pastime, making it possibly the most identifiable past time of them all. The stats back this up as Ireland ranks 7th on the list of countries with the highest alcohol consumption per year. But as well as drinking, the Irish also produce some of the most celebrated beverages the world over, including stouts such as Guinness and Murphy’s and whiskeys such a Jameson’s and Bushmills.

From all-time greats such as Michael Gambon and Colin Farrell to rising stars Saoirse Ronan and Cillian Murphy, Ireland has a rich acting tradition leading back to the 17th Century when English administration first brought the art to Dublin. Fun fact: Smock Alley Theatre is the oldest in Ireland dating back to 1662.

The Irish are famous for their sense of humour and willingness to accept anyone if they’re considered a ‘good craic’. It is not surprising then that there’s a good laughingstock of Irish comedians working the circuit including Dara O’Brien and Graham Norton.

The Irish love a flutter. In 2019 they staked over €10bn as a nation, half at casinos and gaming halls and the other on sports betting. The main motivation behind the love for gambling however is the social aspect of it. If you fancy giving it a go with your friends, you could try going to an online casino, or visiting one of the countries many casinos and gaming halls.

The Irish accent is generally regarded as soft and mellifluous and lends itself to good singing. Traditionally Irish music has included instruments such as fiddles and flutes alongside the vocals, often providing an ideal backdrop for Irish dancing. But Irish artists have also had mainstream success, with huge acts such as Sinead O’Connor, The Pogues and U2-the only band to have four UK number one albums in consecutive decades-making it big globally.

Most Irish people love to get outdoors and explore the famously green isle. Stunning natural beauty combined with famous historical landmarks make for some world-class walks and famous attractions such as Giant’s Causeway and Dingle Peninsular attract tourists from all over the world. For the religious, there’s the pilgrimage of Croagh Patrick taking place in July each year.